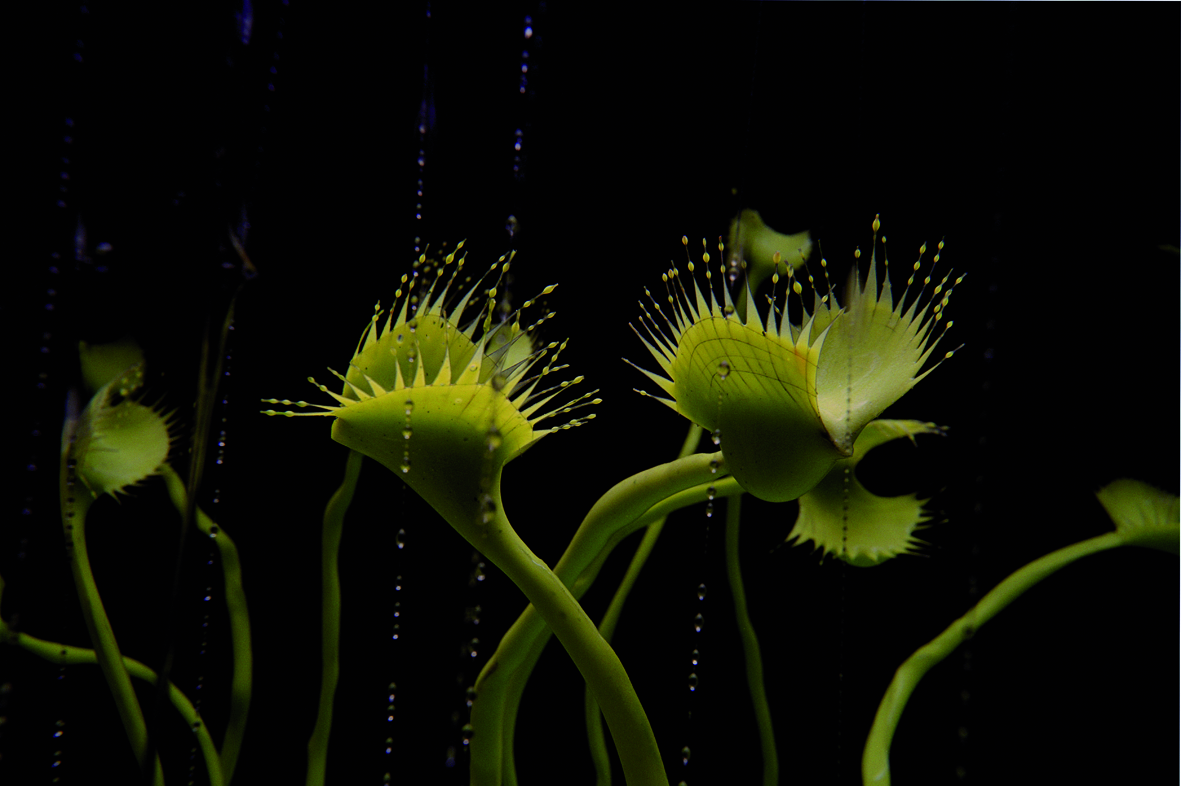 (Hasselt / Dr. Willemsstraat 19)
Saskia Olde Wolbers (1971 / the Netherlands) exhibits two pieces in For Real: Placebo (2006) in Maastricht and Trailer (2005) in Hasselt. Olde Wolbers’ surrealistic spaces accompany strange, alienating stories that, though made up, are based on true stories from newspapers, movies and documentaries.
In Trailer, the camera travels back and forth between two surrealistic spaces: a gently heaving underwater jungle with ‘carnivorous plants’ and a dark red, classic-looking cinema. The narrator’s voice belongs to an adopted man who is trying to disentangle his history and who, for mysterious reasons, is repeatedly required to watch a movie trailer in a cinema. He talks about a carnivorous plant. The plant is named after Ellmore Vella, a relatively unknown actress from the nineteen twenties who survived an airplane crash in the Peruvian jungle. She was also responsible for the extinction of the hallucinating, edible plant on account of eating all of them. The tree that protected the actress was given the name of the male co-star. The little moth that used the plant as a host also died and became extinct at the same time as the plant. In Olde Wolbers’ story the moth and the narrator have the same name and the narrator gets to hear the reason behind his strange name and his relationship to the two actors.