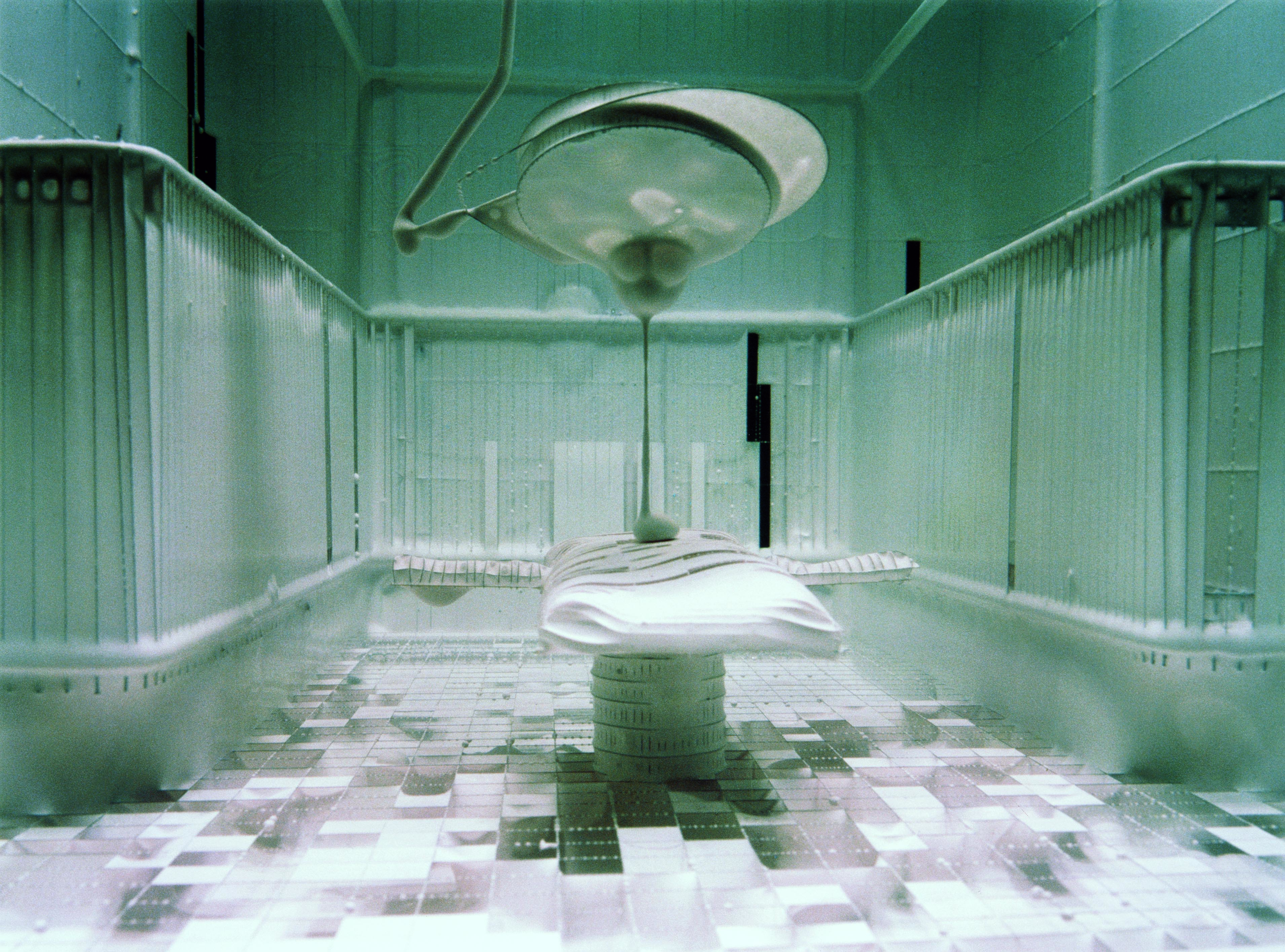 (Maastricht / Bellefroidlunet 52A)
Saskia Olde Wolbers (1971 / Nederland) exhibits two pieces in For Real; Placebo (2006) in Maastricht and Trailer (2005) in Hasselt. Olde Wolbers creates science-fiction-like spaces, composed of miniature sets that are often placed under water in aquariums. These surreal spaces accompany alienating stories.
These stories are fictional, but are taken from true stories seen in newspapers, movies and documentaries. The way in which these images support the story refers to the use of supporting visual materials by documentary makers.
In Placebo, the narrator is inspired by Frenchman Jean-Claude Romand, who pretended to be a doctor for eighteen years. When the truth came out, he murdered his family to save them from the shame that would follow. The protagonist tells his own dramatic story, yet is also on the outside because as narrator he ‘steps out of his body’.
The setting is a hospital room, filmed under water and constructed from metal, wood, rope, plastic and thick paint. The enchanting images of the disintegrating hospital room create a dreamy atmosphere in the hypnotic narrator’s nightmarish story. As the operating room slowly loses its solidness, viewers also lose their grip on the story, because truths and fabrications start to merge.