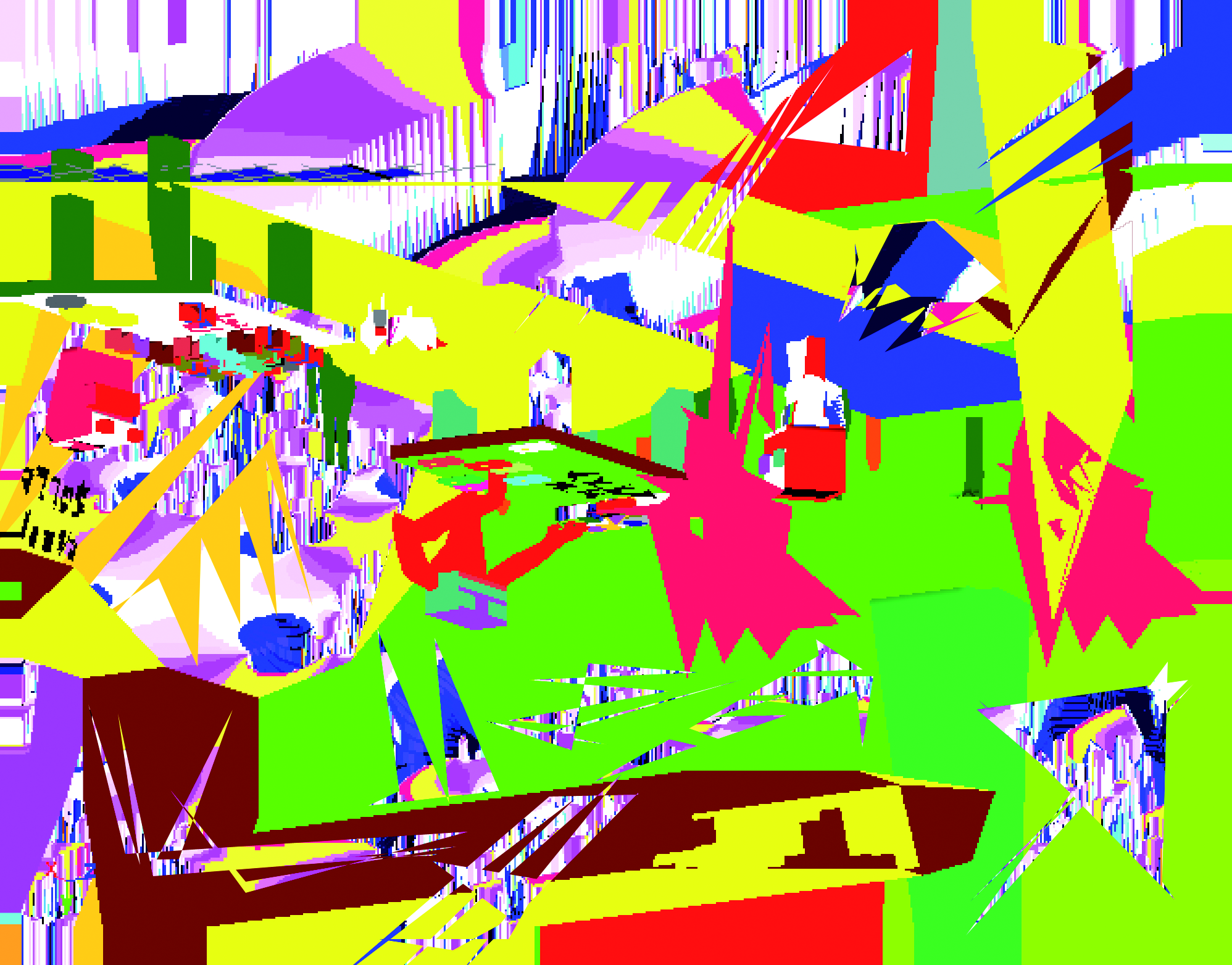 (Hasselt / Paardsdemerstraat 7-9)
David O’Reilly (1985 / Ireland) divides his time equally between commercial work (video clips) and imaginative experiments in which he keeps drawing on the potential of the computer and 3D animation.
David O’Reilly’s award winning RGBXYZ is a short animation based on taut outlines and a strongly abstracted world. The artist seems be making a nod to the imagery of first generation computer games through the use of stripped-down aesthetics.
RGBXYZ brings a digital colour explosion to the inner city of Hasselt. The work tells the story of an endearing robot figure’s journey of discovery as he says goodbye to his native village in order to seek his fortune in the big city. The adventures and short dialogues are often hilarious. After various wanderings – and knowing that a tree cannot grow without its roots – the little robot man finally returns to the trusted environment of his native village. A digital coming of age in a just under thirteen minutes.