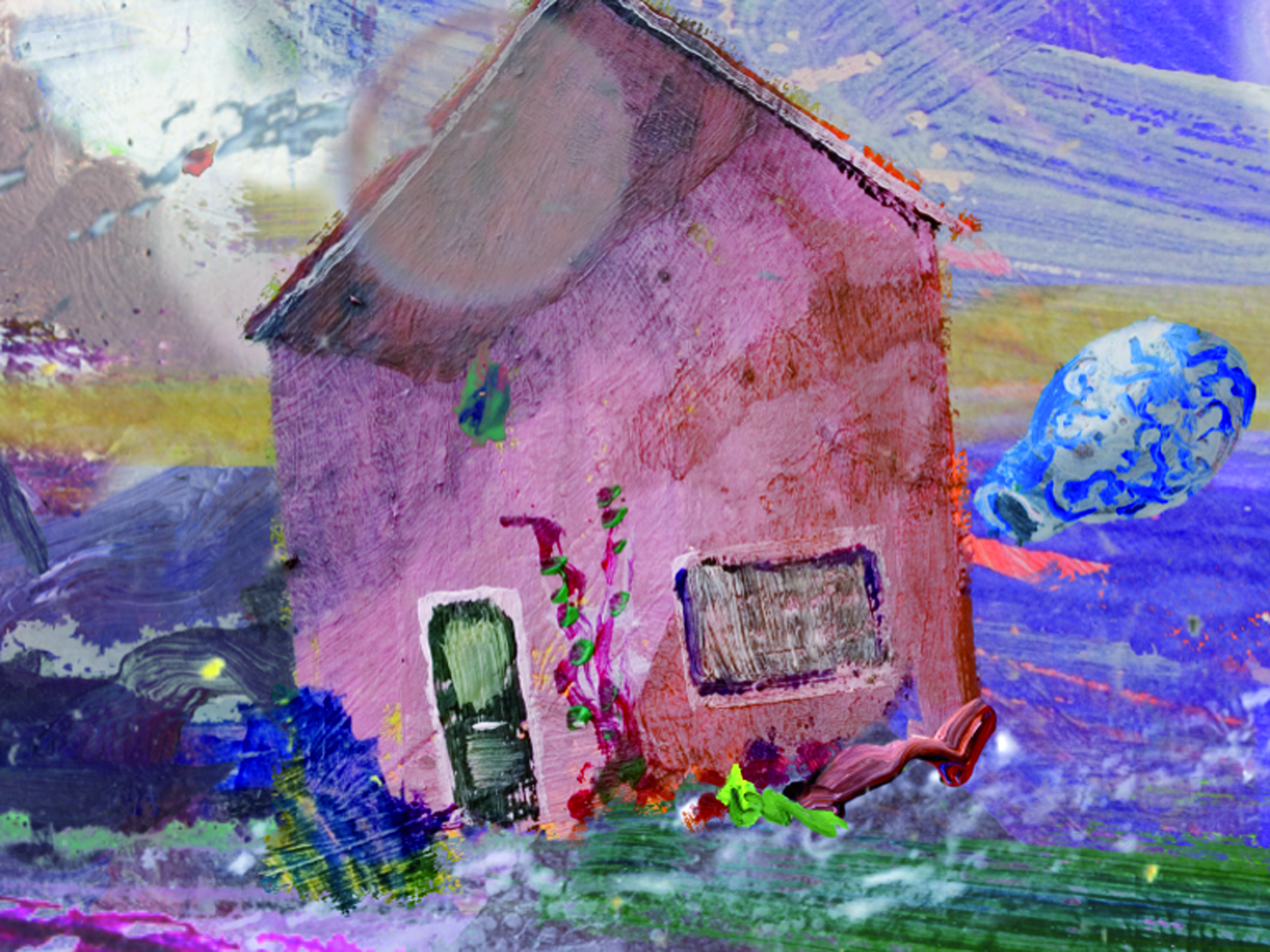 (Hasselt / Botermarkt 3)
The Dutch artist Jacco Olivier, who was originally trained as a painter, has two totally different videos on show in For Real: the twenty-four-minute-long Revolution (2010) in Maastricht, and the shorter video Saeftinghe in Hasselt. Both animations are constructed from many different layers of paint, and show a magical journey through a bizarre world that we only know from historical or fantasy stories.
Saeftinghe is about the Flooded Land of Seaftinghe. Saeftinghe is a polder in the Dutch province of Zeeland. During the Eighty Years’ War in 1584, Dutch soldiers flooded it for strategic reasons.
In the video Saeftinghe, a lady leaves her house, puts on her hood, and walks into a colourful setting. It turns out to be a surrealistic underwater world. With the flooded village in the background, household goods, street furniture and garbage float by. The objects floating by are modern but also from the sixteenth century. A coke bottle and a bus seem to have the same weight and slowly bob by.
Olivier’s video art is both a story and a painting. Using coarse, often abstract brushstrokes, the artist succeeds in presenting an enchanted, persuasive landscape that has been given up to the sea forever.