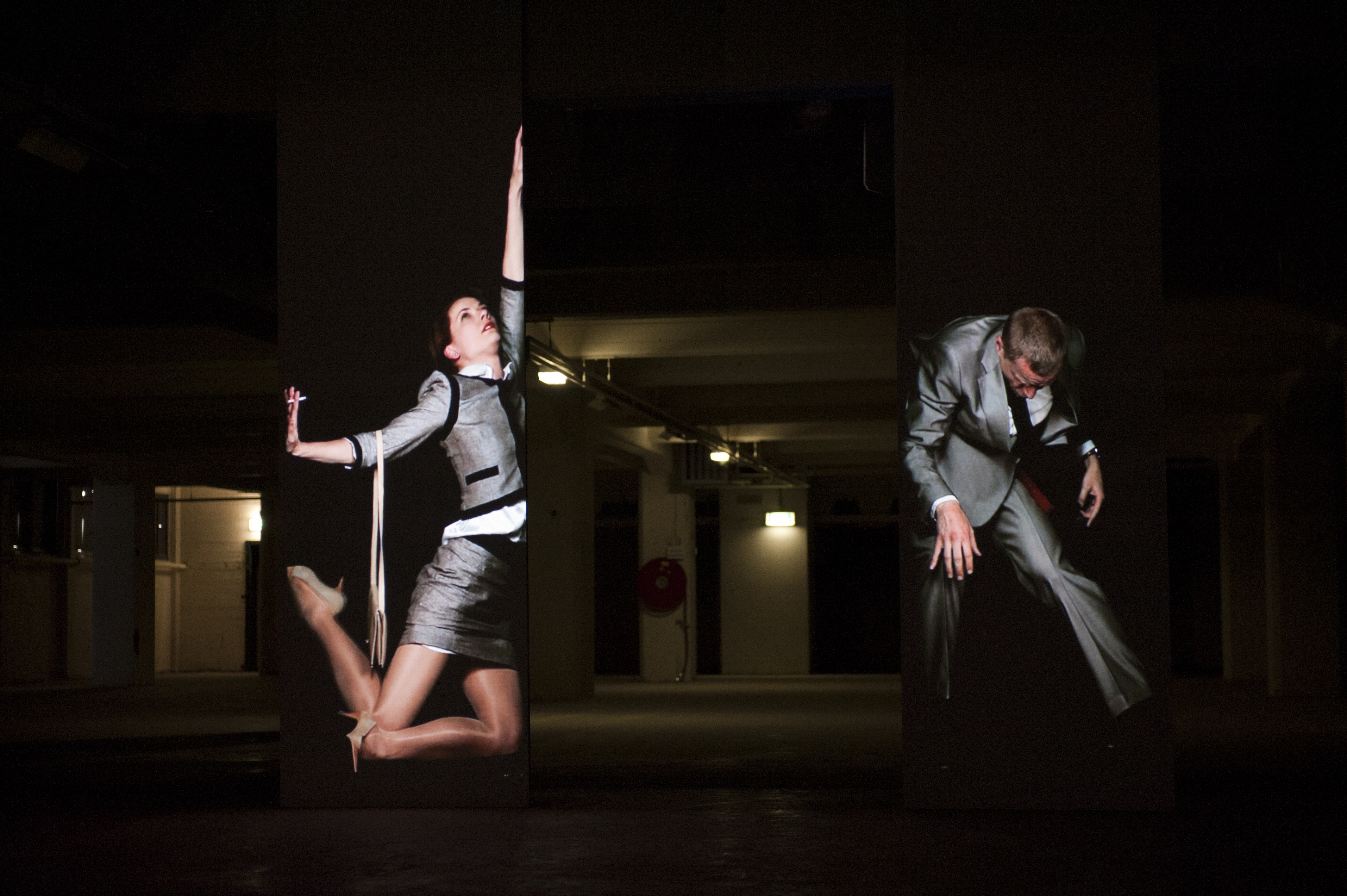 (Maastricht / Brusselsestraat 56)
In FRIEZE (2010) by Kris Verdonck (Belgium, 1974) two projections of upright, enlarged figures are on show. They are squeezed into a very small room. They are waiting. They are trying to stay upright, but slowly, they collapse. Nonetheless, they try to keep their dignity. ‘Keeping up appearances’ – until the moment they turn completely upside-down. Then they scramble up again, smooth over their clothes and stare ahead as if nothing had happened. In FRIEZE, Verdonck continues working on the theme he used before in earlier projections. You could call them typical ‘Verdonck characters’. Some kind of businessmen, dressed impeccably, civilised and Western but stuck in a system; in an untenable situation. They do not ask questions. Submissively they accept their fate. Perseverance is key. The characters in FRIEZE can be considered to be modern day versions of the caryatides: the human figures that replaced the columns in classical architecture. They were functional as well as ornamental and radiated power. The caryatides of FRIEZE however, are not shy in showing their vulnerability. Also presented in BodyTalks is the work Gossip by Kris Verdonck next to the Theater aan het Vrijthof Loading dock Theater aan het Vrijthof (nr. 23).