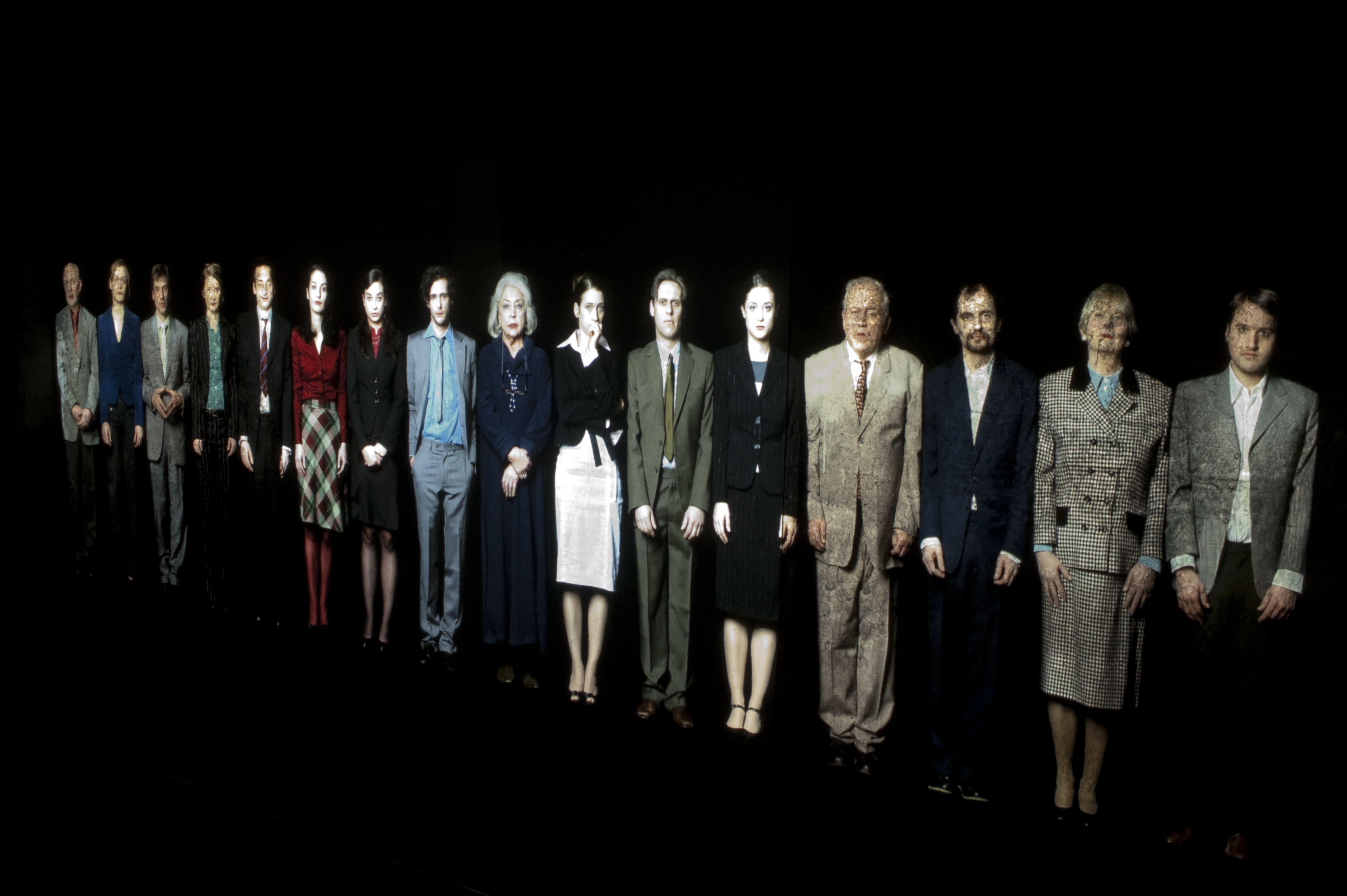 (Maastricht / Statenstraat, laad- en losplaats Theater aan het Vrijthof)
Kris Verdonck (Belgium, 1974) occupies a special place in the wide field of video artists and film makers/ choreographers. His works seem to originate from a theatrical approach in which the characters ‘on screen’ are less dancers than silent or whispering actors. GOSSIP (2010) shows a large group of people from a ‘higher class’ who are staring at the audience. They stand close to one other, side by side. What stands out, is the fact that they are all the same height. They whisper in each others’ ears, incomprehensible to the audience. At times, the whispering and gossiping stops and hard laughing can be heard. Sometimes the row of people is silent. The projected characters sometimes look the audience straight in the eyes, with patronising and smirking looks. Gossip is a ‘tableau vivant’ that ridicules and looks down on the audience. The viewer sees a pseudo-happy façade, a representation of a society standing at the edge of an abyss. They have suppressed their fear, confusion and sense of ‘Unheimlichkeit’. That there are no children in the line up speaks volumes. BodyTalks also shows FRIEZE by Kris Verdonck (nr. 22).