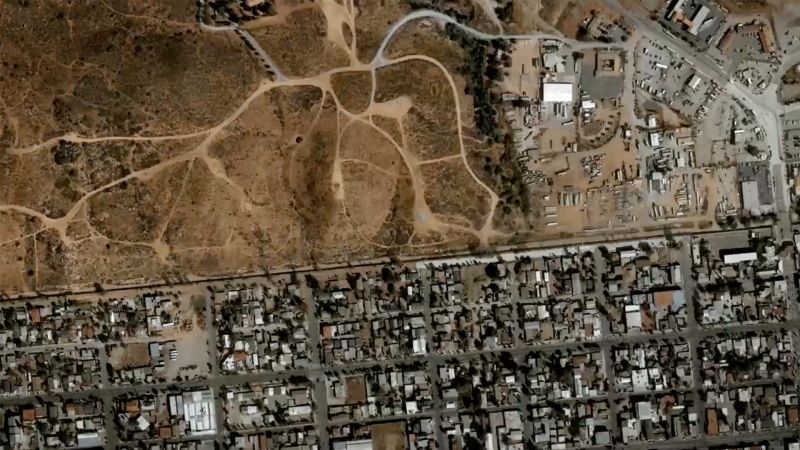 What does the border between Mexico and the United States actually look like? Is it possible to build a wall between these two countries? Data artist Josh Begley endeavours to answer these questions using 200,000 edited satellite images from Google Maps.

The video’s title refers to former President Trump’s promise to build a border wall between the two countries to stop refugees. With its oppressive soundtrack, this video’s bird’s eye view makes it clear that such a megalomaniac plan is intended more as a
political metaphor than an actual physical barrier