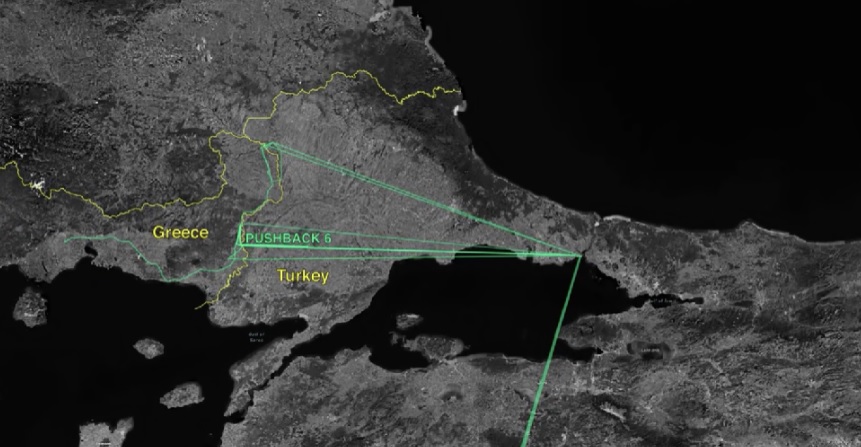 Non-refoulement is a tenet of International Law by which people should not be returned to a place where their safety is at risk because of race, religion or political opinion.

The video is a reconstruction of a two-day escape attempt across the Evros/Meriç River to Greece by three young Turkish ‘dissidents’ suspected of joining the Gülen political movement. Their failed flee resulted in years of detention in a notorious prison near Istanbul. Forensic Architecture uses meta-data from WhatsApp messages, 3D models and Google Maps to create a flawless reconstruction of this so-called ‘pushback’.

This case, clearly in violation of the non-refoulement principle, is, unfortunately, typical. For many years, refugees have testified that they are held in Greece by masked men, beaten and ‘pushed back’ across the river. Potential evidence, money and identity papers
are often lost in the river. Although the authorities deny these underhanded pushbacks, Forensic Architecture proves otherwise.