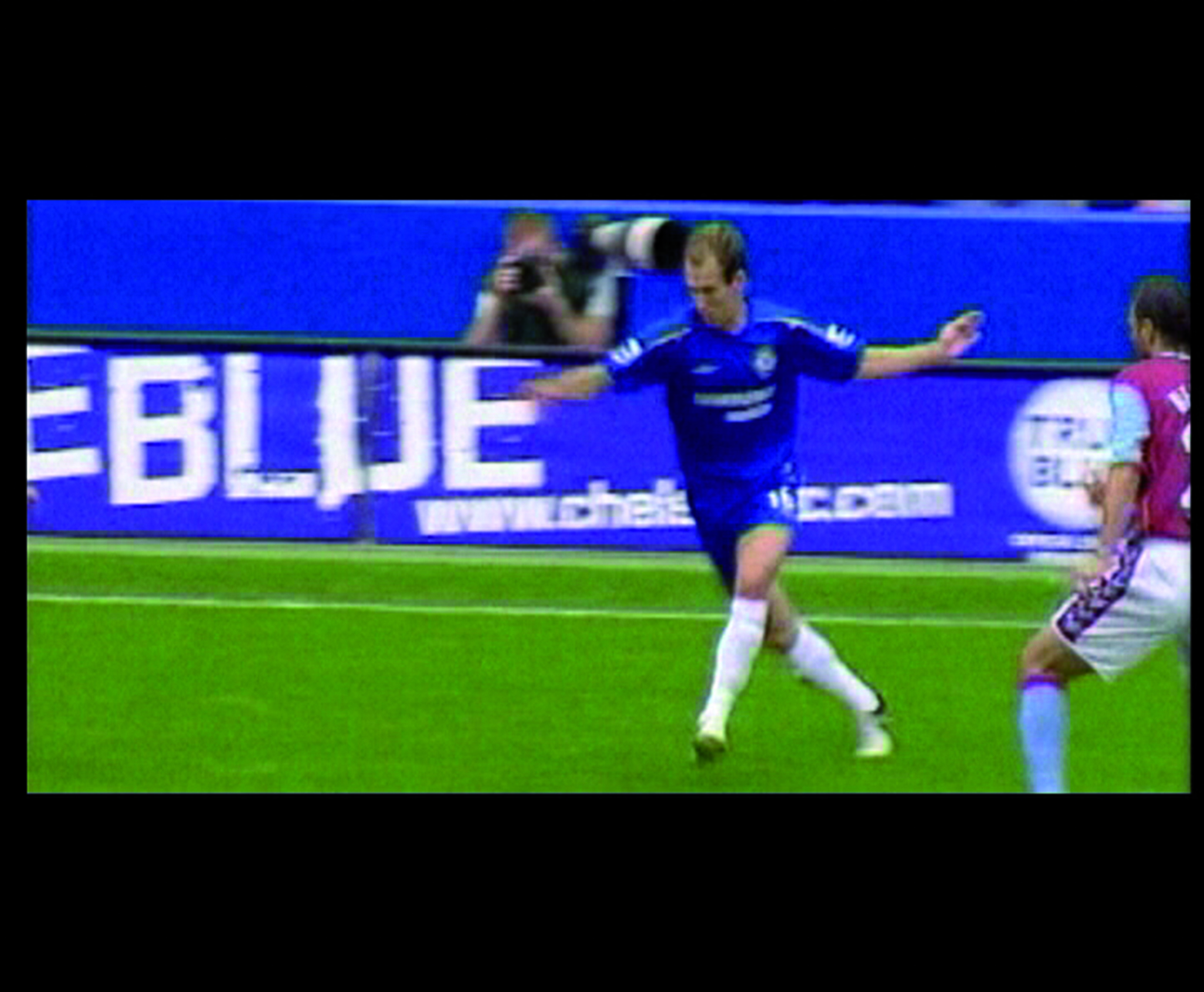 (Maastricht / Grote Gracht 3)
In her work, Tammuz Binshtock (Israel, 1979) operates at the crossroads of visual arts, dance and theatre. She considers soccer and television to be parts of the same cultural arena; they all explore the same macho culture as depicted by the media. In her work Pars pro toto (2000-2005) – Latin for ‘a part stands for the whole’- Binshtock analyses the relationship between action and reaction. She visualises the ubiquitous macho body language that characterises soccer. At the same time, the work shows how new forms of presence become visible through an unexpected absence. The soccer players without a ball become dancers; they move as if they are dancing in a free improvisation.