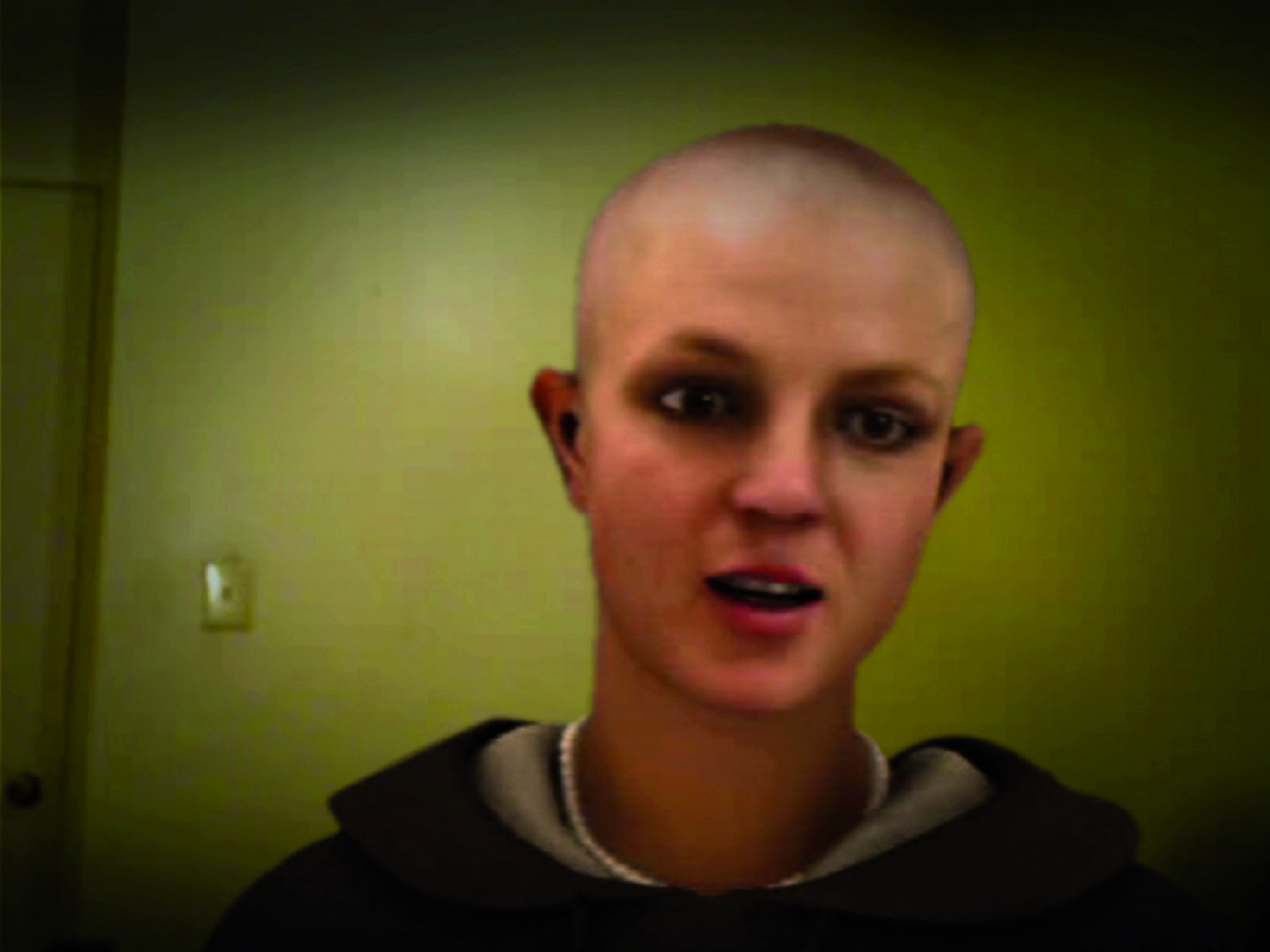 (Maastricht / Avenue Céramique 105)
‘Everytime’ is a tragic ballad about love and loss from the year 2004, sung by the American singer Britney Spears. A few years after releasing this hit song, Spears collapses and has to be admitted to rehab clinics on several occasions. Around that period, she shaves her head completely as act of resistance. Spears’ remarkable behaviour and turbulent personal life attracted much media attention during that time. Britney Spears is a pop idol, who as a result of the many media reports is turned into an ‘object’. The media is capable of worshipping people or at the same time creating monsters. Persijn Broersen (1974 / the Netherlands) and Margit Lukács (1973 / the Netherlands) are fascinated by these questions about identity, virtualisation and mediatisation. Their interpretation of ‘Everytime’ exhibits a simple recording of a static, bald Britney, which has been displayed in an unnatural and disturbing manner. The expressions on her face and the voice are those of a young Belgian girl, who made a personal version of the song using a webcam and uploaded it on YouTube. The innocent-sounding recording of the girl has been transformed into a soulless 3D-version of Britney’s bald head. With this depersonalization and reinterpretation, the artists show how strongly reality and mass media are currently connected.