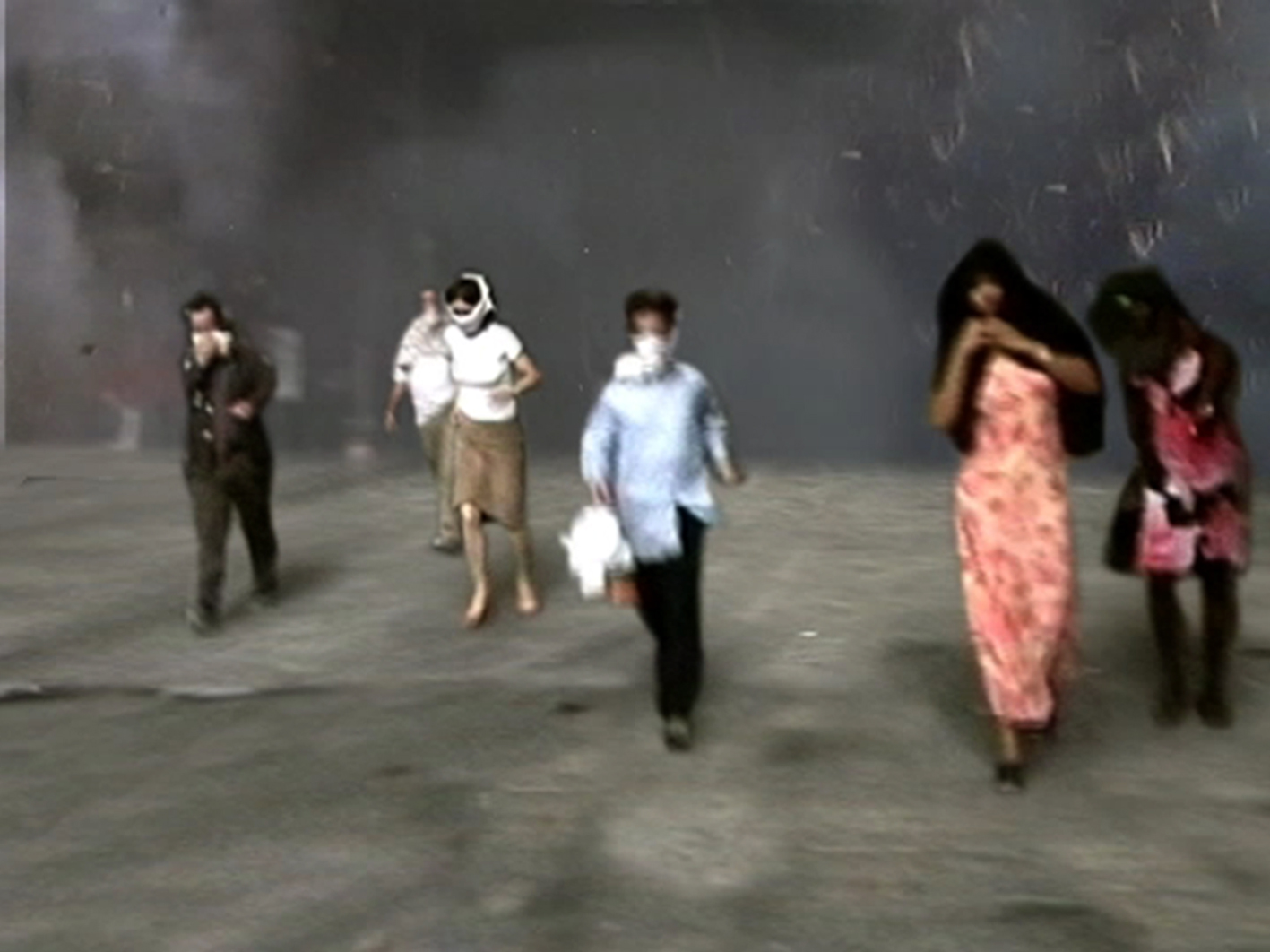 (Hasselt / Martelarenlaan 17)
Prime Time Paradise by the Dutch artistic duo Persijn Broersen (1974) and Margit Lukács (1973) is an animation constructed from press images, television and movie images. The viewer floats like a bird through a spacey collage of numerous, and frozen fragments of recent and historical media images. These are images we see daily on our televisions: fleeing people, soldiers, a dead child, forest fires and political power struggles. These are compressed into a hellish dream landscape where many facts gain a new context and value. As they usually have a numbing effect on us, Broersen and Lukács have tried to make these news images more tangible in this piece. It’s a reaction to the constant stream of information, in which artists are trying to create new and meaningful structures. Showing Prime Time Paradise in the public space will make viewers aware of their saturated zapping behaviour. Because of the changes between beautiful and confrontational images, which have often been shown in a different context, this piece leaves you with an indeterminate feeling.
Broersen en Lukács presents in For Real – Maastricht the video work ‘Everytime’.