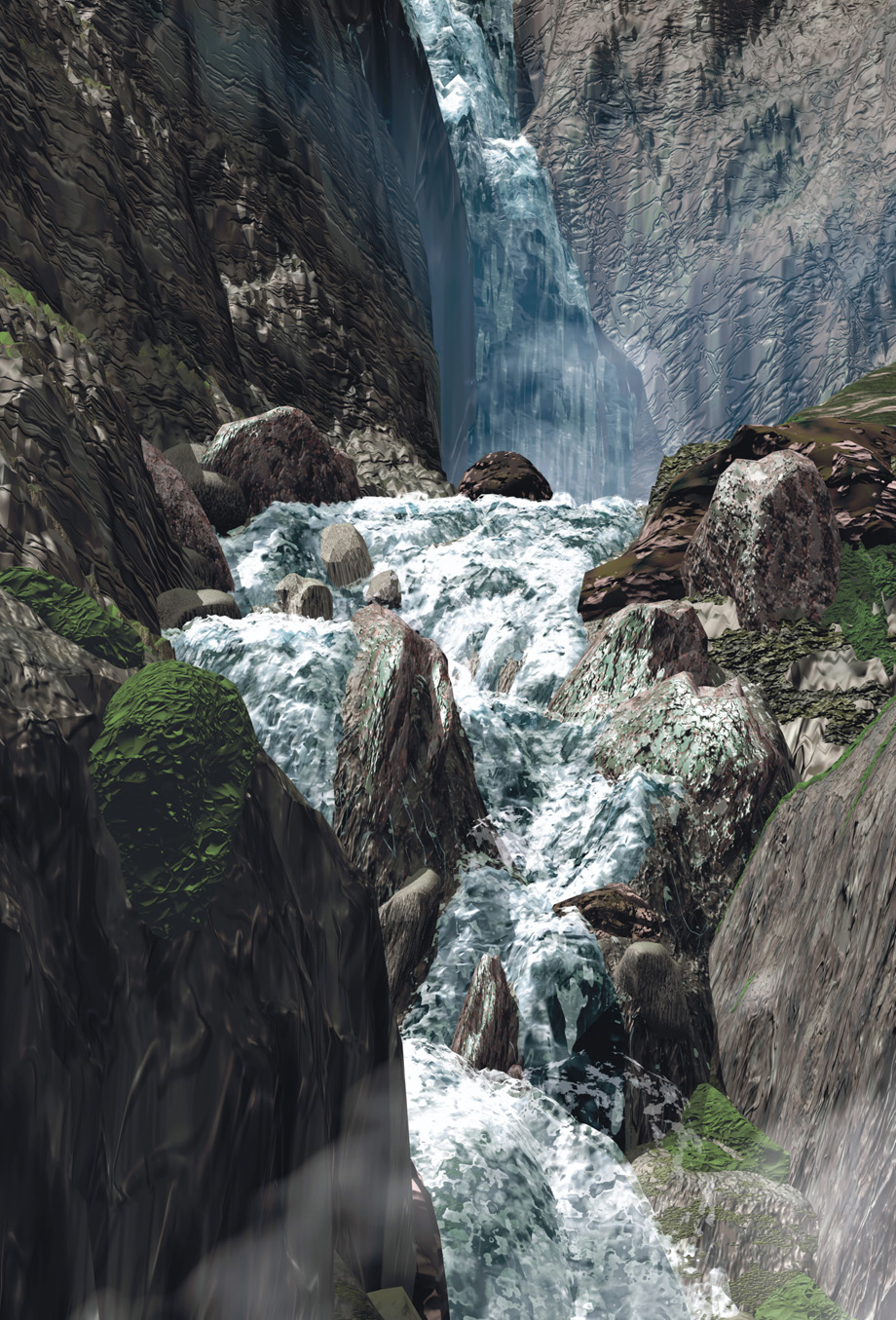 (Rotterdam / Veerlaan 13, Katendrecht / Fenixloods 1 – first floor)
Monica Studer (1960, Switzerland) and Christoph van den Berg (1962, Switzerland) have worked together since 1991, building a steadily growing collection of new media and Internet projects. An example of this is the virtual Hotel Vue des Alpes – a hotel where website visitors can book a 5-day package deal in a beautifully situated spa, as a tourist on holiday, in a fictional but deceptively realistic world, in order to drink in the beauty of the (digital) surroundings. A phrase from the brochure: ‘As the guests will arrive by the Internet, there are no garages or parking places.’ The video Wasserfall is a fake waterfall that has been made as realistically as possible. The video, constructed entirely from pixels, plays with our idea of the idyllic. Wasserfall is the first work the visitor of Out There will come upon on the first floor of the Fenixloods at Katendrecht. Somehow, it feels like a reward for having taking a long mountain hike to happen upon the picturesque waterfall, deep in the mountains.