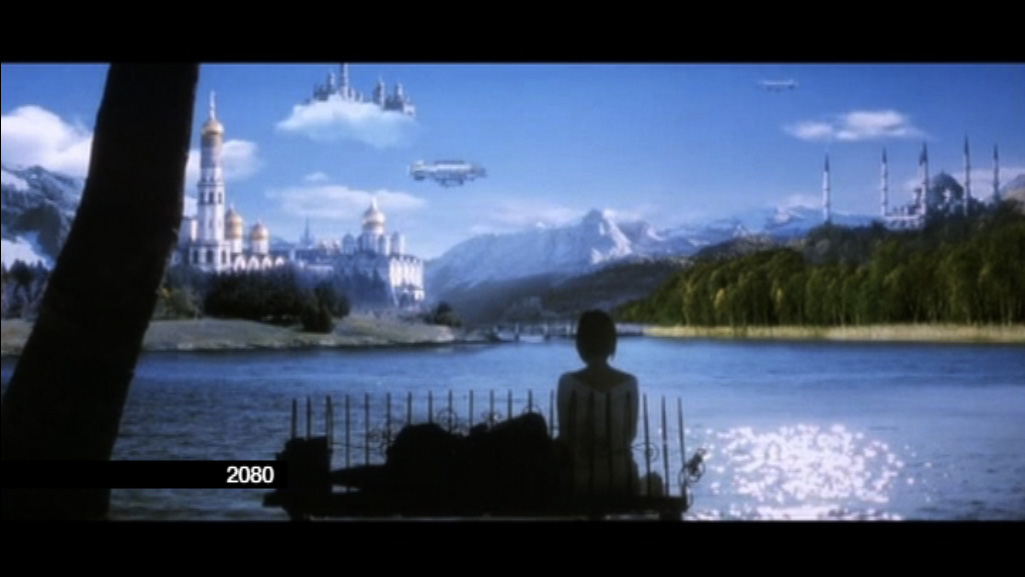 (Maastricht / Eiffelgebouw)
The one-hour film is composed of fragments selected from 70 SF films and shows the popular genre’s wide-ranging scenarios about what the world would look like in the far future. From the earliest SF cinema onwards until the most recent productions a chronological path has been traced that is heading towards future time.

In Wandering through the Future we are faced with the consequences of natural disasters, ecological catastrophes in the aftermath of technological warfare and utopian urban landscapes that make positive use of technology. What we get is a compilation about the potential fate of mankind as portrayed by the genre as well as changing visions of the future. Faith in progress has been replaced by fear for the future. Most recent productions contain social criticism. This film shows that the landscape can be used as a gauge for the future and is thus politically loaded.

In her Ongoing Research
projects Marjolijn Dijkman (1978, The Netherlands) attempts to get insight into how the world is organized. She registers objects and situations that she has noticed and arranges the world according to personal criteria.