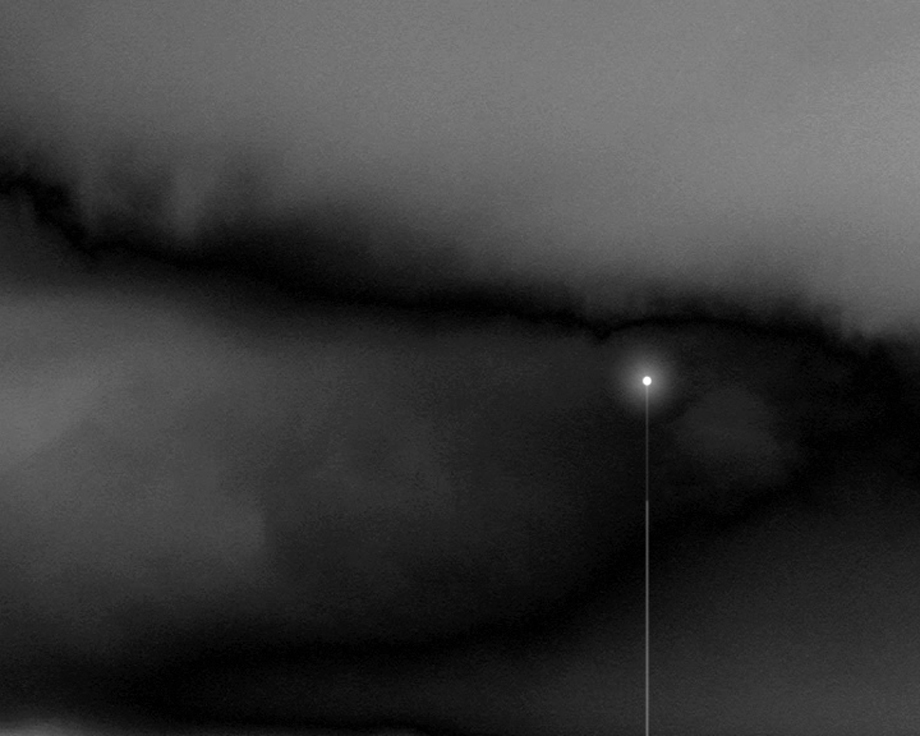 (Maastricht / Gubbelstraat 40)
Anouk De Clercq (1971, Belgium) looks into the audiovisual possibilities of computer-generated language to create virtual worlds. She looks for the interaction between video image and other media and tries to go beyond each medium’s limitations. Text, image, sound and architecture blend in impressive virtual spatial installations and animations.

In Conductor a tiny light is the main character. The small light at the top of a lighting rod stands tall against a d ark cloudy sky. The viewer cannot see what the swaying ground stake and the light are attached to. Are we looking at a beacon for UFOs, gods or airplanes? Is it grounded and thus protecting the building? The wind howls and the clouds rage and all of a sudden the forces of nature are discharged and the lightning rod quenches the images. Unpredictable quakes and meteorological forces are in line with the overpowering force that is reminiscent of the dark, sinister side of the 19th-century sublime landscape.

Most works by Anouk De Clercq reveal a journey through mindscapes. Rather than overly subjective or hermetic this quest is familiar as if the universe that she conjures up appeals to a shared feeling about the issues of life and death.