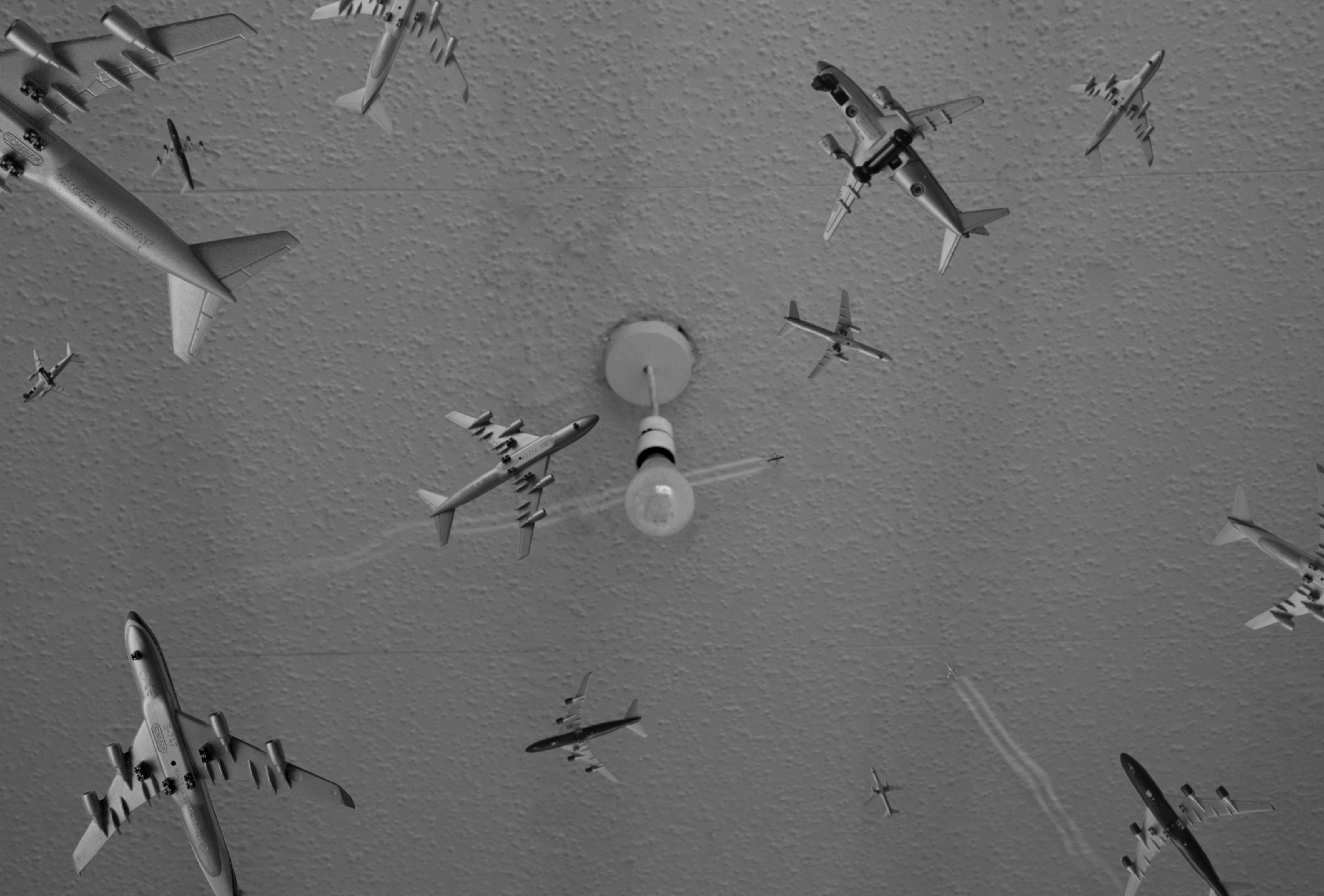 (Maastricht / Avenue Céramique 92-94)
Hiraki Sawa (1977 / Japan) is exhibiting two pieces at For Real: Dwelling in Maastricht and Eight Minutes (2005) in Hasselt. In both works, the spectator is like a peeping Tom, watching what is going on in the various rooms in Sawa’s house. It gives you the impression that you’re looking from the outside in through the windows to get a glimpse of his world.
Sawa’s reality is closeby. The contours and the interior of a 21st century home are recognisable. The events in his house are strange; planes taking of, flying through the rooms and landing on the floor and tables. They are surreal, fairytale-like scenes that take place at home when the occupant isn’t present.
Sometimes, a person’s imagination can be more real than the reality in which he or she actually is. Sawa’s convincing piece shows that not a lot is needed to see the planes (big or small) landing on the pavement. The events in Sawa’s apartment seem to be able to separate themselves from the screen and lead a life of their own within the public area. You only need to divert your eyes for a second.