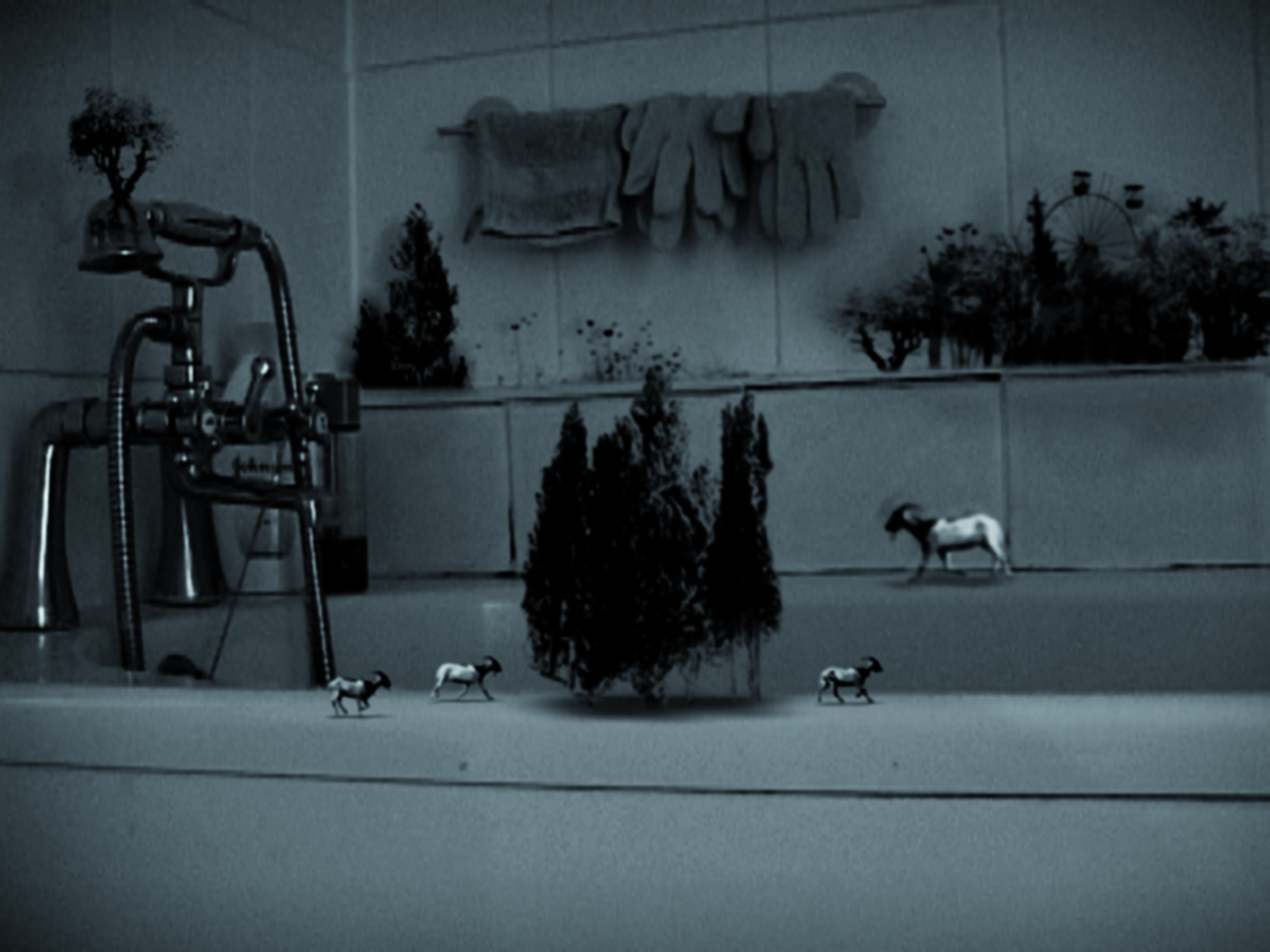 (Hasselt / Aldestraat 59)
Two works by Hiraki Sawa (1977 / Japan) can be seen: Eight Minutes in Hasselt and Dwelling (2002) in Maastricht. In both works, the spectator is like a peeping Tom watching what is going on in the various rooms in Sawa’s house. Sawa is interested in finding the boundaries between the outside world and his own world. In order to feel out these boundaries, to investigate them, Sawa brings the world into his house; a wall in his house acquires the meaning of a horizon. A kitchen counter will look like a sandy plain and a sink will come to life as a lake.
Eight Minutes tells the story of the journey of a number of goats that pass through his house and a natural landscape in eight short movies that each last one minute. They are magically realistic scenes that take place in his house and a mountain landscape when humans are absent. The pleasant black and white images show the goats walking through his kitchen and bathroom and swimming through his sink. The dreamy aspect is intensified because they defy gravity and also walk in a circle around the door of his washing machine.