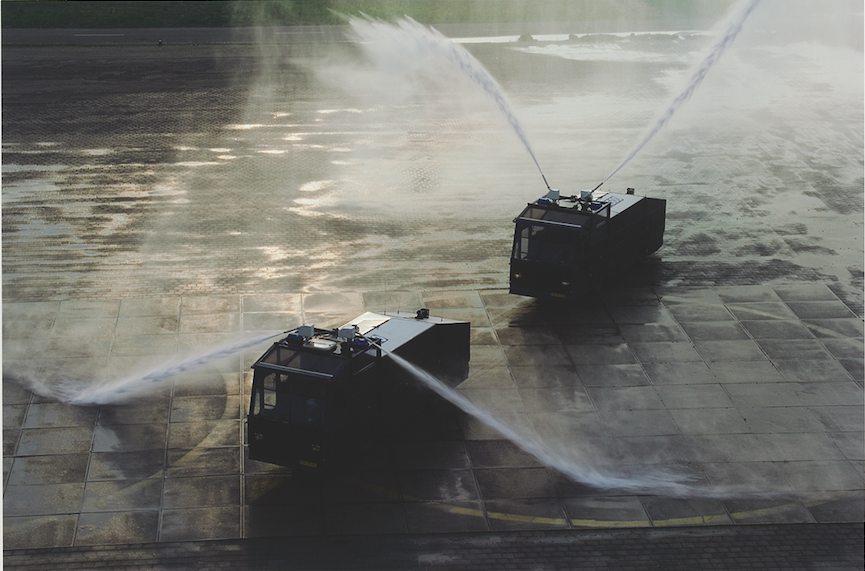 (Maastricht / Brusselsestraat 7)
In his sculptures, videos and performances, Fernando Sánchez Castillo (Spain, 1970) takes aim at the symbolism of political and religious power. For his video Pegasus Dance (2007), he collaborated with the Military Unit of Rotterdam. The armoured trucks with water cannons, effective weapons against riots, are not used in Pegasus Dance for police actions, but to portray dancers in a sensual choreography. The armoured trucks whirl around making pirouettes in a romantic performance. Because of the graceful movements of the water cannons on the back of the trucks, the dance reminds us of a courtship dance between dragonflies or sea birds. Castillo’s ‘pas de deux’ transforms angular and blunt vehicles into graceful creatures whose body language sends out amorous signals. Pegasus Dance is on loan from the Rabo Art Collection.