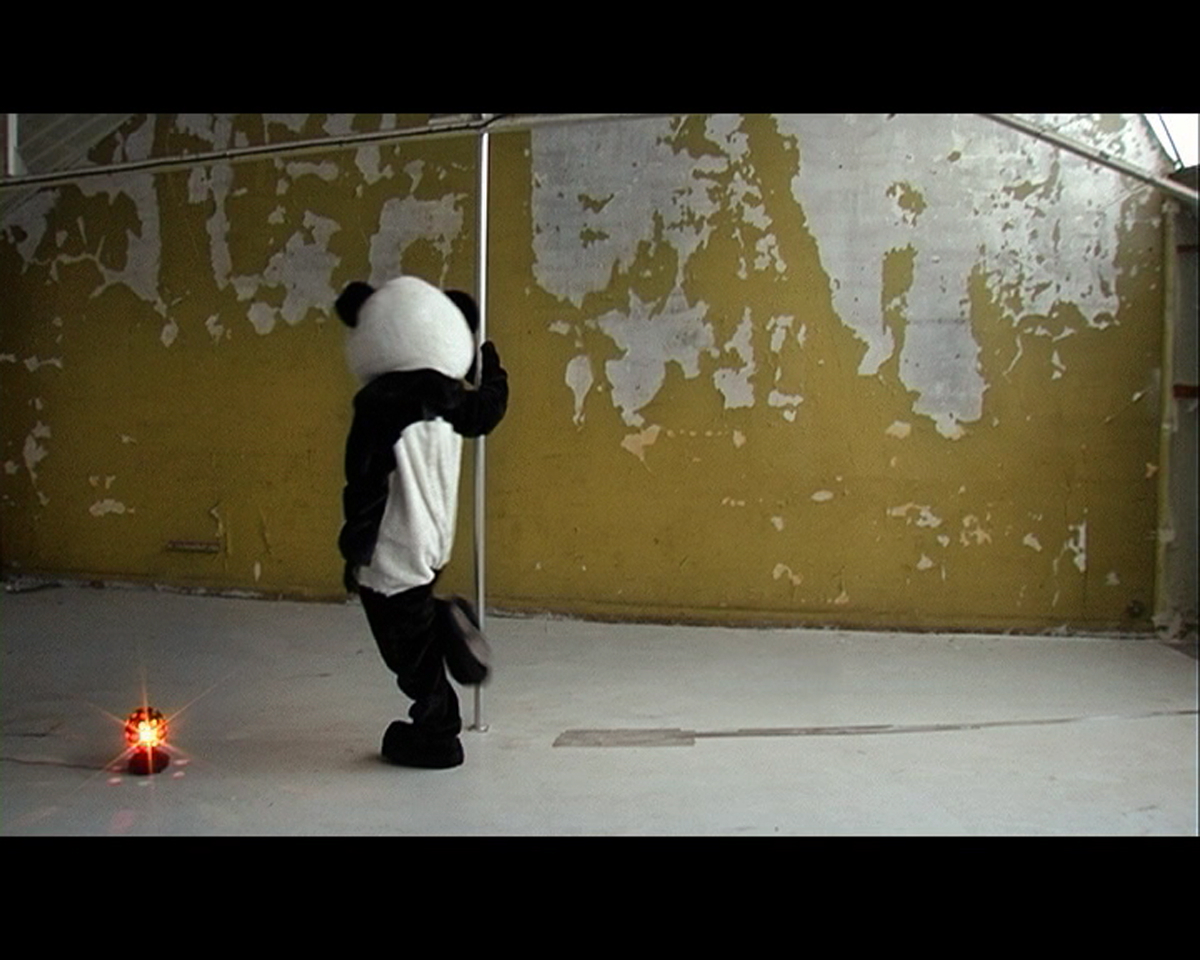 (Maastricht / Grote Gracht 10)
Elodie Pong (Unites States of America, 1966) is well-known for her subtle, analytical video works that discuss human relationships, cultural codes and the impact these have on contemporary society. The video I am a bomb (2006) shows a person dressed in a panda bear costume performing an erotic pole dancing act. The absurd dance seems to become more and more obsessive until it ends abruptly. The mask comes off and a woman looks straight into the camera. She rises and sketches a female image that is at the same time both powerful and vulnerable, explosive and inflammatory. Normally, a pole dance is performed in front of an anonymous audience, sitting in the half dark. Visitors or passers-by take on the voyeuristic role of this anonymous audience. In I am a bomb the act of pole dancing is stripped of every form of sensuality or eroticism because of the use of the bear suit. The panda makes reference to innocence and softness.