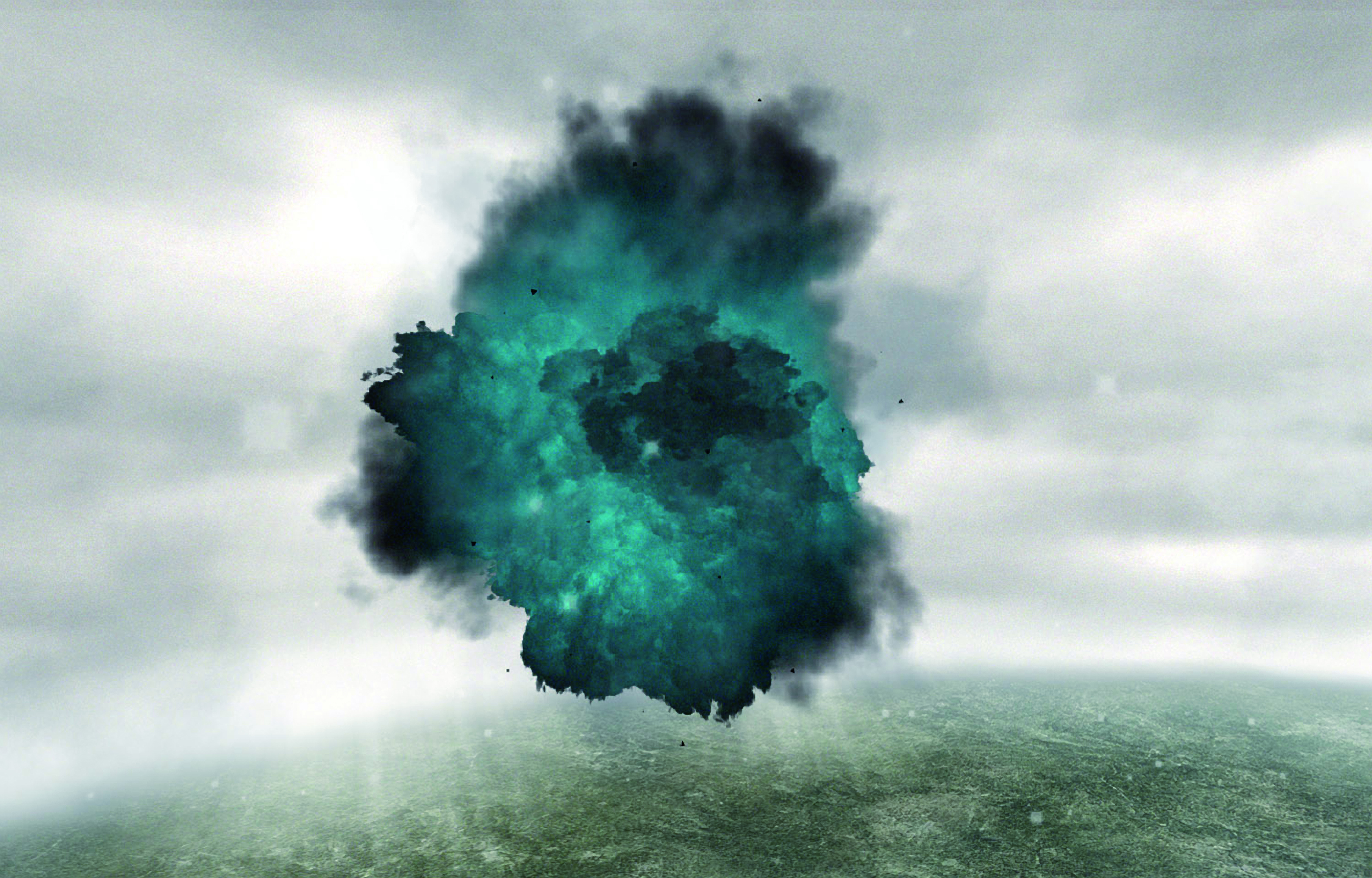 (Maastricht / Avenue Céramique 180)
For many gamers, the worlds in which they play their popular computer games are very different from their own daily realities. British artist Chris Cornish (1979) brings these two separate worlds together. In Arena_01, the artist plays with elements of war from video games. He removes the interactive element from the game, causing the acts of terror, actions, and cause and effect to disappear. The spectacle of explosions above a desolate and completely destroyed landscape remains in focus, referring to traditional landscape portraits.
This game of war becomes a curious meditative showpiece of special effects, consisting of flashing lights, smoke and jagged shapes that are ‘frozen’ by the artist. Cornish builds new realities by dismantling other virtual worlds and brings a different meaning and different possibilities for interpretation to war games.
In the public areas, these ‘innocent’ explosions have an alienating effect and almost seem like beautiful fireworks. Cornish’s work is displayed on Avenua Céramique from a window within a wall, which is somewhat reminiscent of a bunker. This piece of art can only be seen from behind a closed gate. The gate creates a ‘safe distance’ from this beautiful yet violent scene.