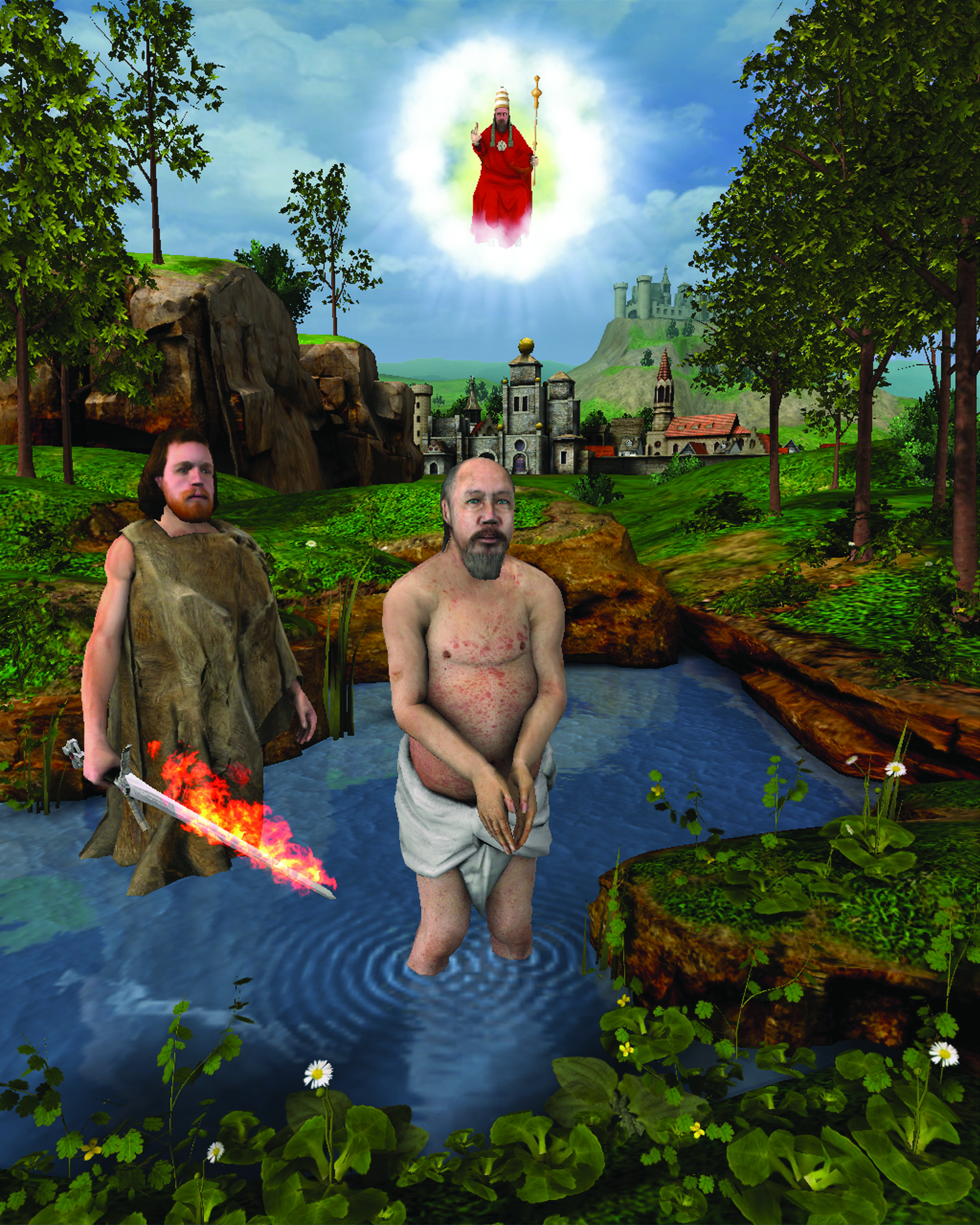 (Hasselt / Vismarkt 5)
With defaultProperties() Brody Condon (1974 / United States) reinterprets the Triptych Jean des Trompes (1505) by the Renaissance painter Gerard David, which depicts the baptism of Jesus Christ. Condon rewrites this scene through a non-interactive computer animation, based on recent developments in computer games technology and design. The piece defaultProperties() includes references to the ‘real’ World and characters from computer games. Thematically, Condon continues to build this presentation on his investigation into Christian beliefs, the visual styles of computer games, as well as ‘fantasy art’ and the relationship with modern culture. Brody Condon uses the genre of computer games to blur the boundaries between fiction and reality. He comments on this with sharp irony or even dark humour. defaultProperties() is a ‘self-playing game’ where the viewer/player is located visually in the computer game, but has no control over his or her actions. The light falling in from behind and seeming stillness make this piece looks like a glass painting from a distance, which could have been visible for centuries in a Medieval city. Only when you step closer, the digital piece appears to be moving and strange contemporary elements become visible.