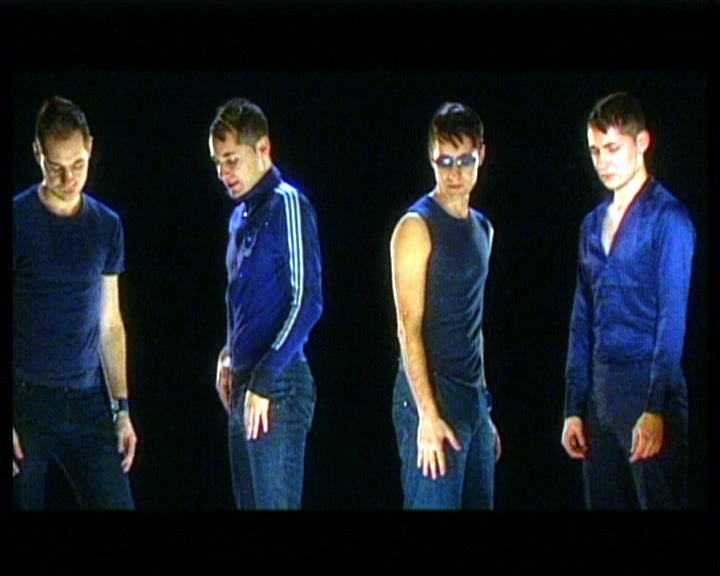 (Maastricht / Grote Gracht 87)
I am a Boyband (2002) by classically trained singer and artist Benny Nemerofsky Ramsay (Canada, 1973) depicts a clever parody of the boy band culture that dominated the music scene for years. The conversion of the sixteenth century madrigal (a song for multiple voices) into a pop song is not only a humorous reference to youth culture. The video also broaches more serious themes like the representation of masculinity (and homosexuality) and the individual versus the masses. The work, in which the singer occupies all four band member ‘roles’, even though slightly dated, is still very current. Video clip culture was and still is crucial for many youngsters in order to determine how to move, how to dance and how to relate to their peers. I am a Boyband is related to The Buzz Club of Rineke Dijkstra (nr. 11). Both artists establish an intriguing link between dance and youth culture. Nemerofsky Ramsay focuses on the ‘artificial’ image of band members: Dijkstra on the search for one’s own identity and the vulnerability of the youngsters’ self image on the dance floor. BodyTalks also shows Live to Tell by Nemerofsky Ramsay (nr. 16).