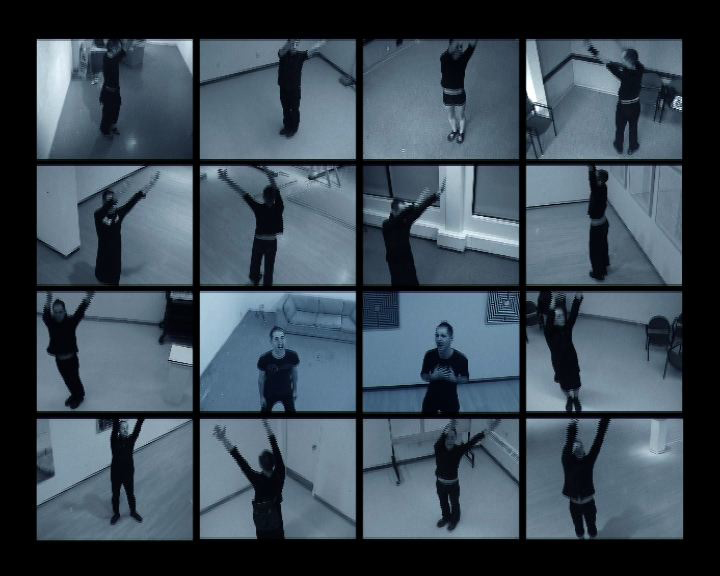 (Maastricht / Brusselsestraat 53)
In Live to Tell (2002) Benny Nemerofsky Ramsay (Canada, 1973) sings and dances a song by Madonna in sixteen bare spaces. The spaces are not recognisable because of the limited range of the security cameras used. The image, which consists of sixteen different recordings, constitutes one entity because of the preconceived choreography and the montage afterwards. The fragments are at times polyphonous and the individual dance movements melt into one overall choreography. The artist presents a personal love story. ‘Live to Tell’ is a statement – it indicates surviving a difficult situation. After the personal and vulnerable performance by the artist in front of an anonymous ‘eye’, the characters proceed to the order of the day. Some wipe the floor, others replace furniture or simply walk off. With these actions, the security camera regains its static role as an observer. Nemerofsky Ramsay not only places the viewer in the role of voyeur. He also raises the question of the effect security cameras have as a means of repression. Also on show: I am a Boyband by Nemerofsky Ramsay (nr. 15).