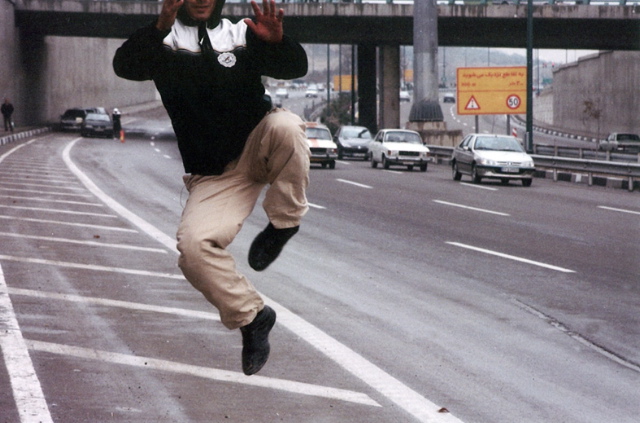 (Maastricht / Grote Gracht 10)
Amirali Navaee (Iran, 1982) lives in Teheran and is a dancer. Because of the political situation in Iran, he changed his course and chose film studies. The dance film As I was leaving my city (2007) is his first production and is about a man who leaves his beloved city. It is dedicated to his brothers in Iran, who cherish constant hope for change in their country. The three minute video shows a dancing man in the street. Always on the move, always on the go. Nowhere in the video do we see the face of the man; he is anonymous. By focusing on the legs and feet, it becomes an enchanted and dynamic walk. The work carries a strong political charge and shows affinity with Whose Utopia (nr. 12) of Cao Fei.