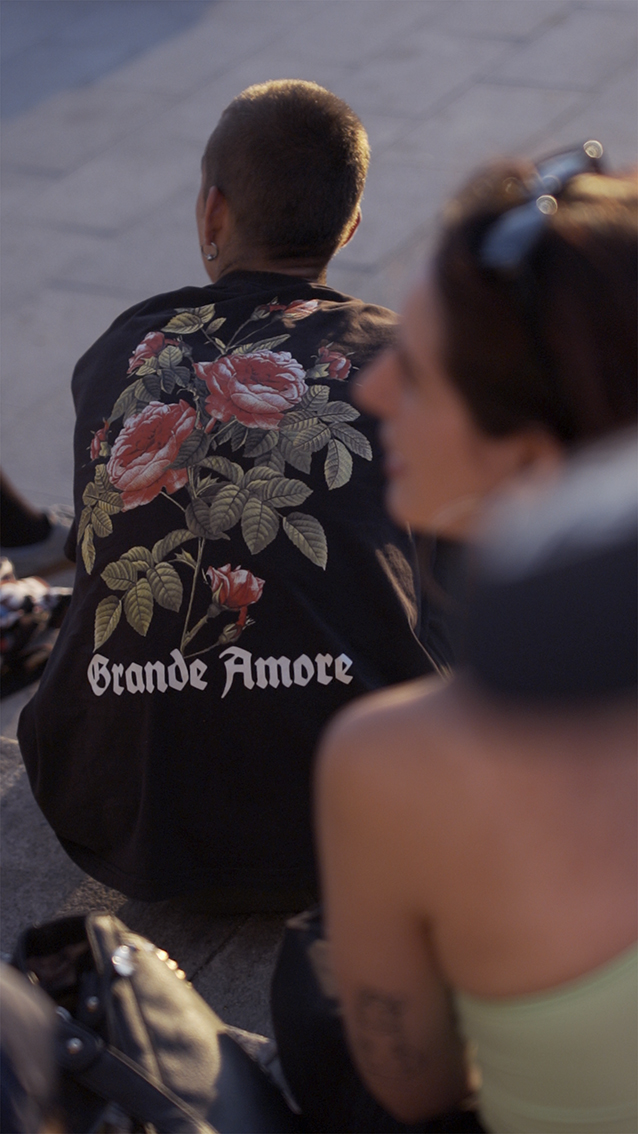 In the northwest of Madrid, beyond the tourist areas, is Arco de la Victoria, a 40-metre-high triumphal arch from the 1950s, commissioned by Francisco Franco. Since this dictator’s death, this colossal monument has become the symbol of Spanish Fascism. Today, the public space around the monument is a meeting place for loitering youth. For three years, Sylvain Couzinet-Jacques filmed various groups of young people at this location, always at dusk.

In this multi-channel video, she portrays adolescence as a phase of inner turmoil, superficiality, narcissism, loneliness and contradiction. The world’s largest fashion empires exploit this image of youth as a commercial tool to reach target groups. Through the artist’s engagement with this particular social group, and the extreme delay in the images, he creates a video installation that blurs the boundary between photography and film and where detached observation coincides with involvement. In short, this work perceptively combines documentation and illusion.