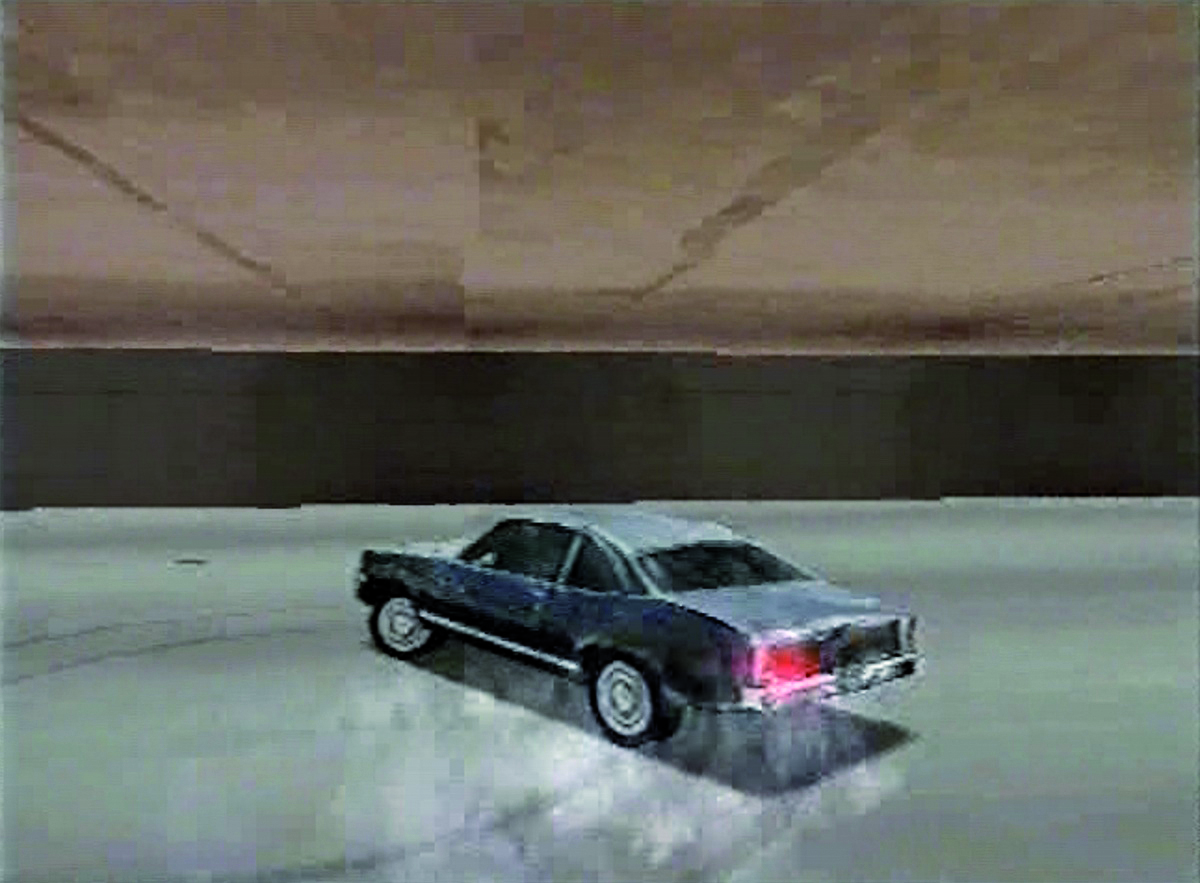 (Maastricht / Avenue Céramique 95)
Australian artist Stephen Honegger’s (1974) video piece Three hour donut takes all actions, with the exception of one, from Playstation’s video game ‘Driver’, where movement is suggested through moving vehicles.
In an unrecognizable and deserted underground car park, Honegger leaves an old car driving round in circles for 180 minutes (180 minutes is the length of the VHS tape on which Three hour donut was originally recorded). He places the virtual (game) world even further from the reality, by accentuating the monotony and emptiness of the game and hence criticizing the game. Due to the abstract nature of the game, the piece acquires a strong artistic load. The video images become a moving portrait, where muted colours of the garage and vehicle cannot be brought in focus, as the pixels are able to keep up with both the speed and the skid marks of the vehicle.
Three hour donut is on display next to the traffic lights on Avenue Céramique. Because of the piece’s location, the projection forms a one-on-one relationship with its environment. Car passengers waiting at red will see a turbulent car moving in circles that doesn’t go anywhere.