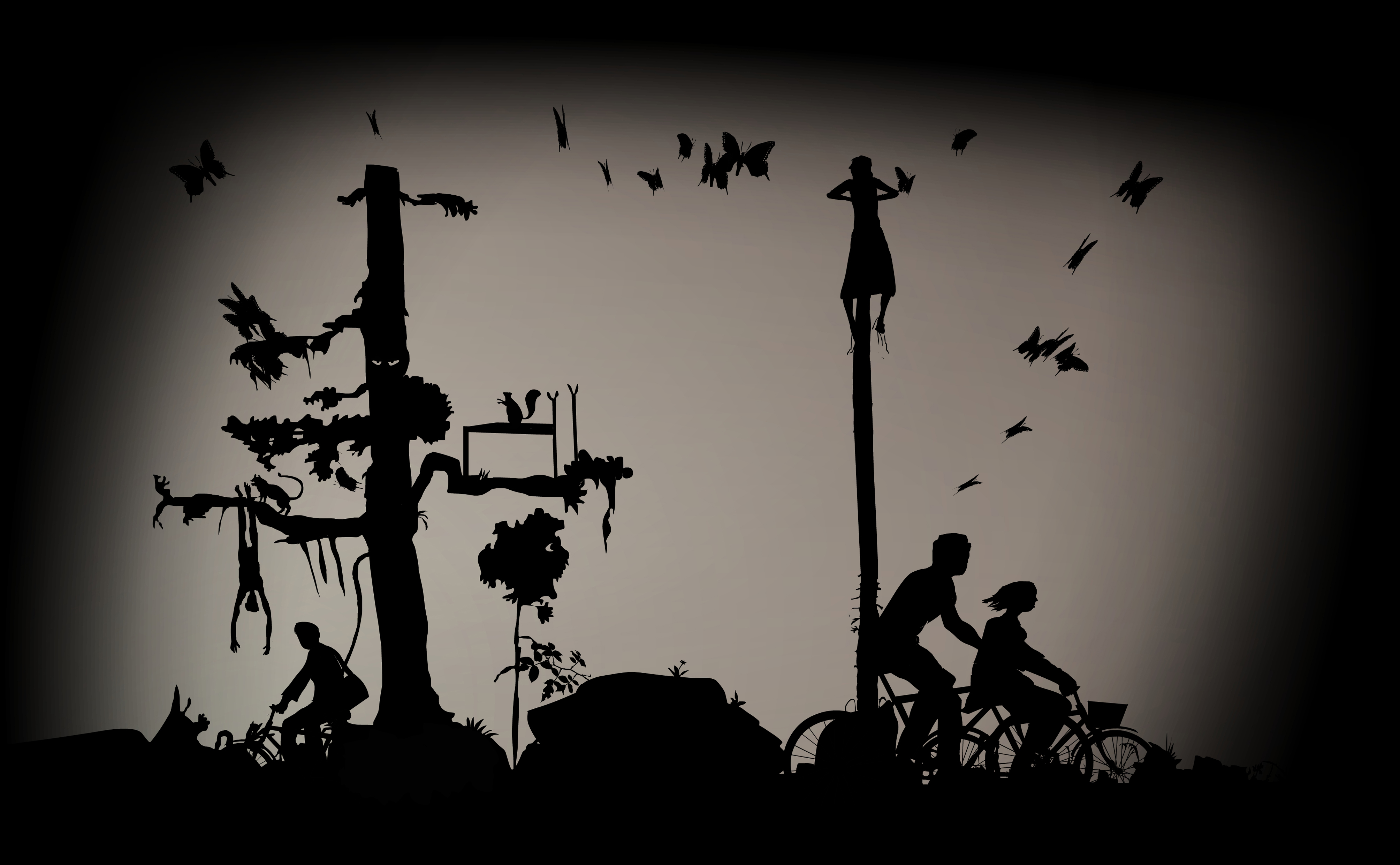 (Maastricht / Avenue Céramique 17)
The Cave Has Been Moved by Markus Vater (1970 / Germany) is an animation comprised of dark silhouettes against a light background. The background moves subtly from day to night and back to day.
The title and imagery clearly refer to Plato’s allegory of the Politea cave and to the idea of reality that has been separated into two domains. This ‘shadow game’ of Vater displays careless skaters, cyclists, cars, a tank and giant locusts jumping past. Against the background, you will simultaneously see mysterious scenes happening: a woman turning into a giant butterfly, birds turning into monstrous figures, a car rising in the air, and hands shooting out from the earth and turning into gigantic plants. Every action in the piece results from a different action and is cause for a new action.
The Cave Has Been Moved tells the story of the dark side of the human psyche and places itself in the chosen imagery in the comics tradition of anthropomorphism, where non-human creatures obtain human characteristics. The main idea behind the work is the relation between light and shadow, and between history and present. It’s also an artistic metaphor for the circle of life and death.