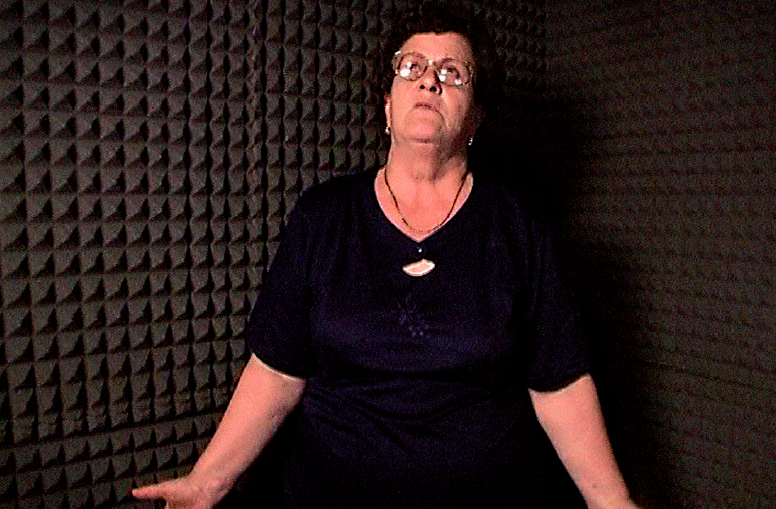 (Maastricht / Bassinkade 13)
A Girl, the Sun, and an Airplane Airplane was filmed in a sound studio of the former Enver Hoxha Museum in Tirana, Albania. Katarina Zdjelar (1979) invited different people of a generation to test their knowledge of the Russian language, the language that was mandatory in schools under the communist regime. With the transformation to a new social system in Albania, the knowledge of Russian faded quickly.
It is remarkable that the majority of the interviewees only remember elementary concepts such as ‘comrade’, ‘the sun, ‘working class’, or parts of popular Russian poems. During the silences that fell when the interviewees were looking for words, a clear connection is established between her and the people in her video, because Zdjelar experienced the same thing in her native country, the former Yugoslavia. Zdjelar clearly depicts how personal memories are inextricably linked with ‘political memory’, that language is politically tinted and influences the identity of an individual.