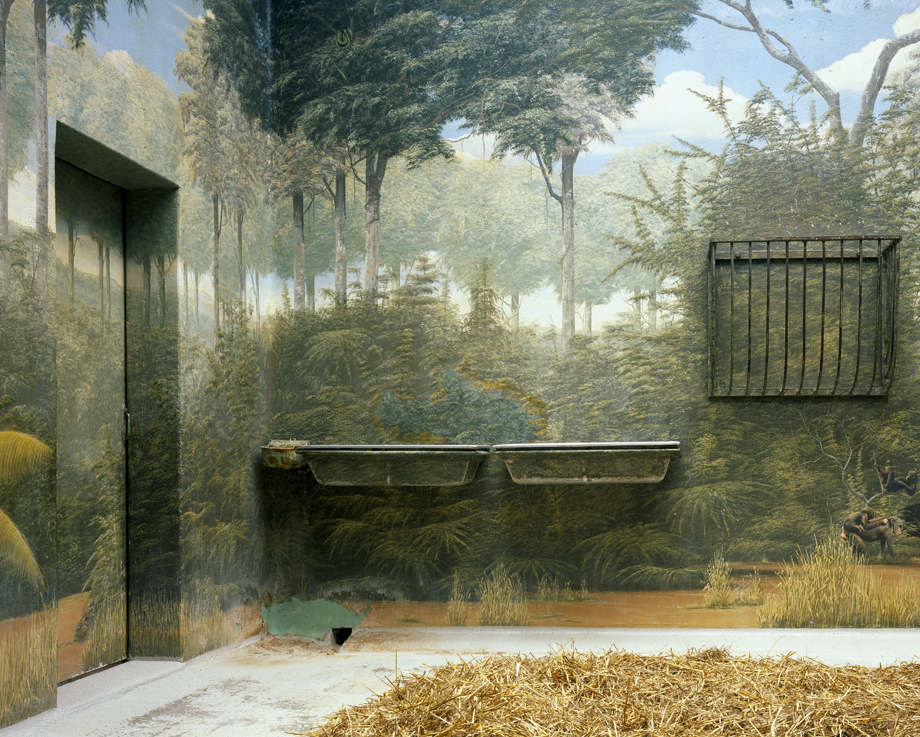 (Maastricht / Gubbelstraat 22-26 / around the corner)
Karin Borghouts’ (1959, Belgium) photos portray things that touch both the real and the imaginary. Reality is not a given but in constant flux. A photo is a moment of choice, a time-based representation of reality that everyone interprets in their own way. To this experience Karin Borghouts consciously brings an addition. Rather than merely registering, she transforms the places she frames into a dream world. Her preference goes out to artificial locations such as zoos, amusement parks or open-air museums. She calls them safe, controlled places in which nature takes on the function of décor. Her landscapes are in fact ‘indoor’ ones that still refer to pristine, wild nature. Human shapes have no natural place in these surroundings. According to the artist they would be too much of a decisive factor in the image; people render the image narrative and restrict free interpretation.

By carefully choosing the right artificial venues, Borghouts records a world of the imagination where the mysterious is still palpable. Not coincidentally the title of the work is a reference to the second part of the adventures of Alice in Wonderland: what lies behind the mirror, the world beyond the real is fascinating, but also incites fear, disbelief and doubt.