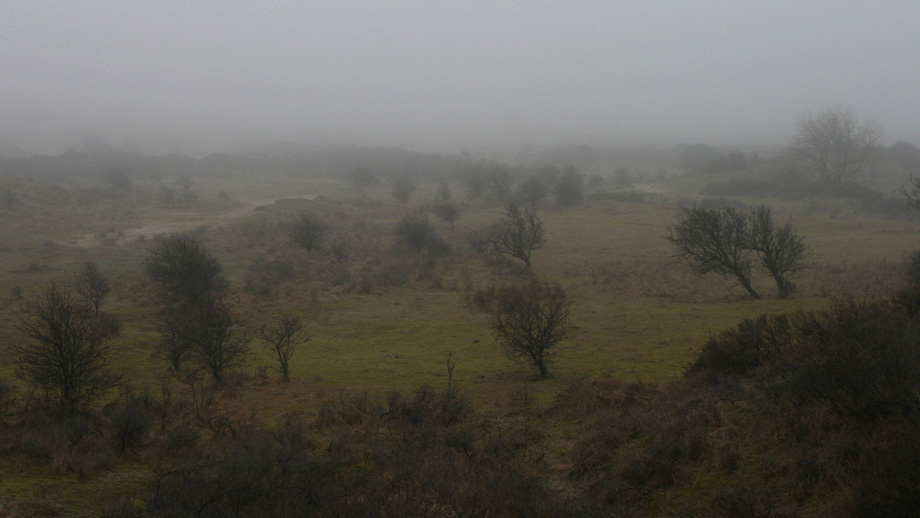 (Rotterdam / Wilhelminakade 191)
In 2010, for the duration of an entire year, every week around noontime digital cameras at seven different locations would take photos of the landscape of Kennemerduinen, a National Park in the Dutch province of Noord-Holland from the same vantage points. Specific software was applied to edit the photos and turn them into a slowly moving landscape registering the changing seasons and the consequent changes in the landscape. Kennermerduinen scene B shows the slow processes of change that cannot be visualized in real time. The stop-motion work makes nature’s process of transformation perceptible and perceptive in an extraordinary way. In the work of the Dutch artists’ duo Driessens & Verstappen the landscape is no longer a symbol or a metaphor of the idyllic symbiosis of nature and culture. The editing and smoothly blending filmic experience shows a reality in which the seasonal changes are a visual aesthetical process. Driessens & Verstappen used the same concept and technique to make two other landscape films: Frankendael (2001), a historical landscape park and Diemerzeedijk (2010). Diemerzeedijk scene G was shown in Out There #1 in Maastricht.