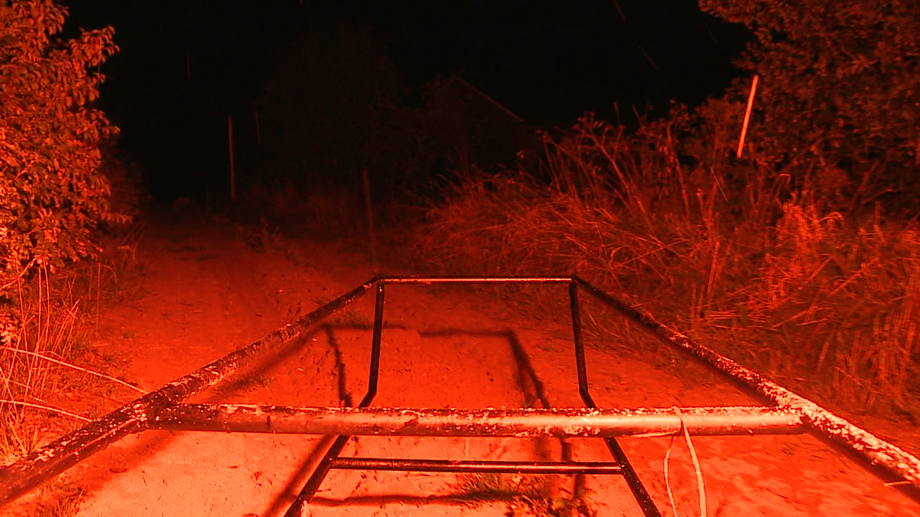 (Maastricht / Eiffelgebouw)
Dan Walwin (1986, Great Britain) makes installations and video art in which the narrative structure is missing and speculative fiction reigns. The observer is left to his own devices. He senses an indirect tension, does not know what he is taking in and is uncertain about he is seeing. The work Op has a similar alienating effect. The viewer witnesses a nightly scene in medias res. It is a road movie limited in scope situated in a no man’s land where ‘nature’ and ‘culture’ have little beauty to offer. Walwin’s landscape work refers to the photography of the ‘Wastelands’ that was on the up at the end of the 20th century.

For the artist it is important that the viewer positions himself close to the screen. Thus he cannot escape the sinister atmosphere of the work and its ‘heat’ becomes almost palpable. Hand chain hoists are the only source of light that briefly light up the site. Together with the steel ‘vehicle’ they add to the dark atmosphere of the ride. The red glow of the alarm torches gives the scene a poetic power. As abruptly as the scene started, it comes to an end and the viewer is left in uncertainty.