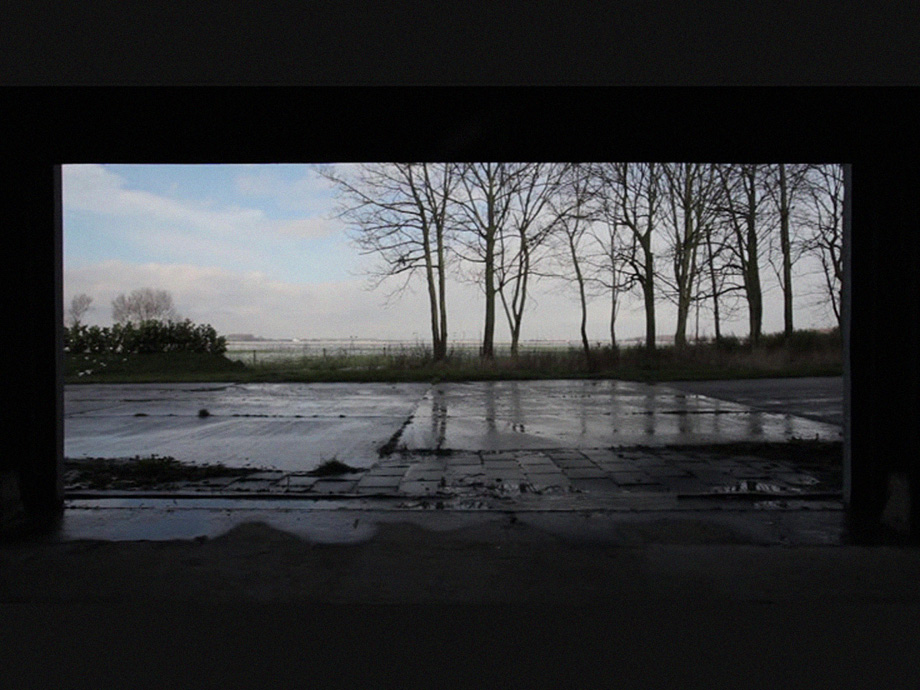 (Rotterdam / Veerlaan 13, Katendrecht, Fenixloods 1 – first floor)
In her video registrations – best described as experimental moving images of time and space – Astrid van Nimwegen (1985, the Netherlands) renders the stratification of reality and existence with minimal interference. Generally Van Nimwegen presents the viewer with an almost meditative view of the (Dutch) landscape. The series Garage Door (comprising 4 scenes) follows the same principle; a garage door opens and what follows is an uninterrupted twominute shot of what lies behind the door. The garage door in a way is an alternative red theatre curtain that turns the vista into the backdrop of a play. If it were not for the sound and the subtle ‘décor’ movements made by the wind, one would think one is watching a still life. The principle of repetition reveals the differences between the works. No landscape, even when seen from the same vantage point, is ever identical. The artist shows the versatility of both the medium and the Dutch landscape.