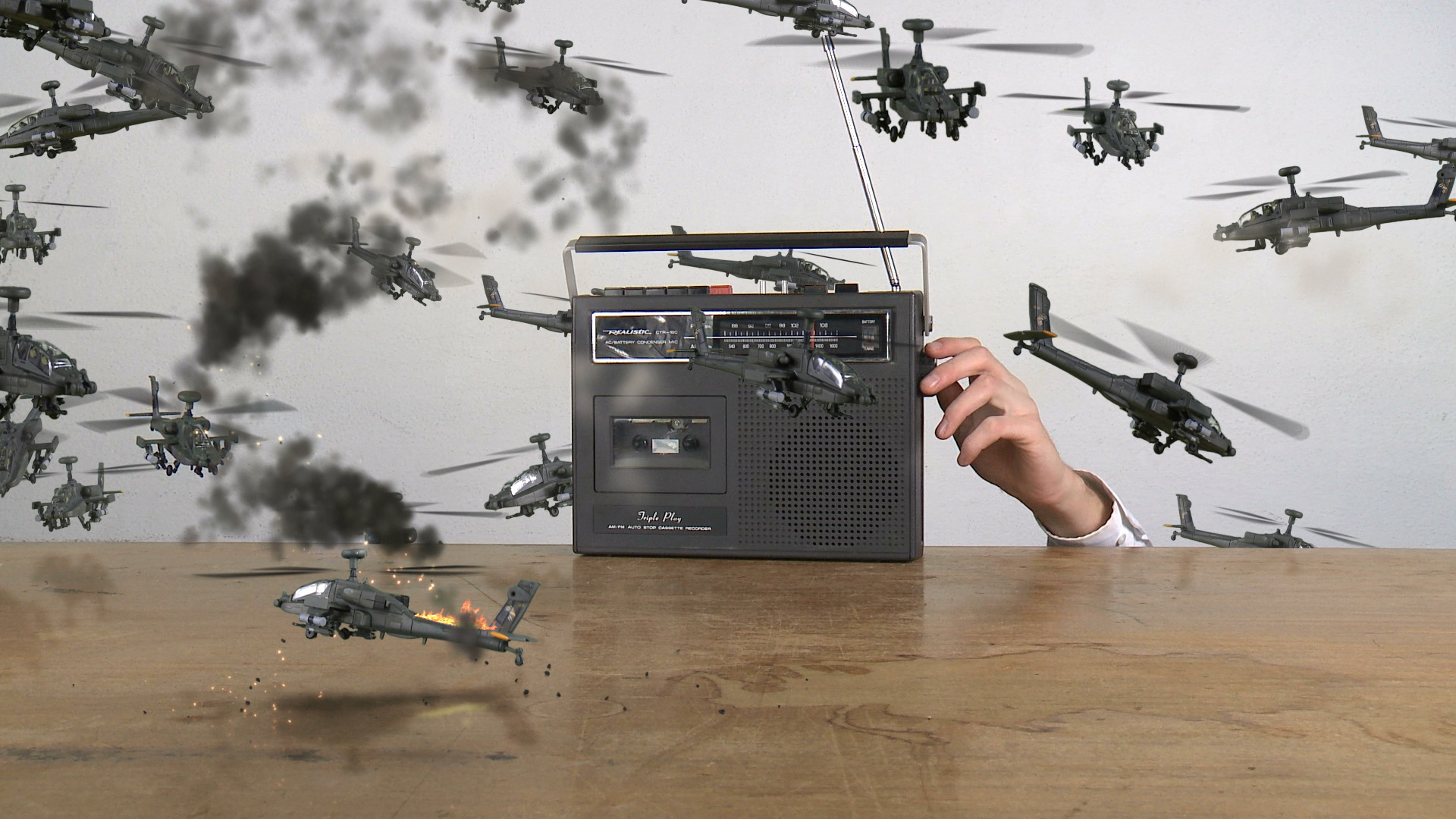 War is waged on the kitchen table while a man drinks coffee. The world’s on fire. Helicopters shred his newspaper, a drone fires at a plate of broccoli. Funny, playful film on the absurd relationship between daily life and global news.

The level of media saturation we’re bombarded with creates an absurd distortion and distance between our daily routine and current affairs. Démontage explores this bizarre melange of realities by throwing the two worlds together: attack helicopters shred a newspaper, while a dinner plate suffers a drone strike. They’re a series of attempts to try and understand our world better by playing with its violent protagonists.

Large groups of tape rolls go through a long process of development and degeneration. The extremely slow paced life of these objects is being revealed within an isolated space where everything starts from a symmetric composition. From this orderly state deviations and differences in behaviour slowly become visible through the force of gravity. Resulting in unpredictable shapes and movements that somehow feel familiar.