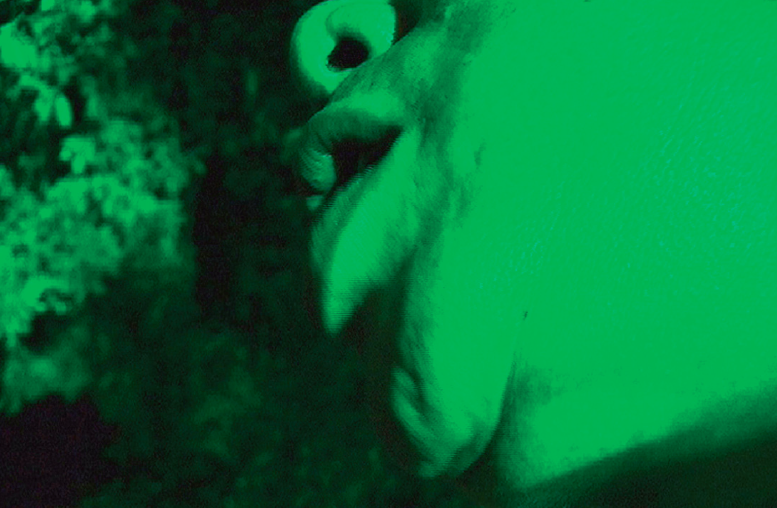 (Maastricht / Boschstraat 53)
In the dark of the night, a number of Chinese farmers gather around and in a tree in a park. Via a nocturnal viewer, Zhou Tao (1976) shows how they communicate with each other. The language of the men in the dark is actually not human language. All characters are skilful imitators of the animals that they meet in their surroundings, as pets or as sources of food. The sounds vary and different animals alternate one another: a chicken, a rooster, a duck, a pig, a dog, a sheep, and a cricket. In the city, the sounds seem displaced, just like the farmers and their animals are. With the imitations in Chicken Speaks to Duck, Pig Speaks to Dog, Tao expresses the increasing distance between the rural population and the urban dwellers that no longer communicate with one another due to their difference in lifestyle. Whereas in fairy tales animals can speak and are metaphors for human behaviour, Zhou Tao and Louise Lawler (‘Birdcalls’ – Heerlen, Promenade) use animal sounds to symbolise skewed social relations.