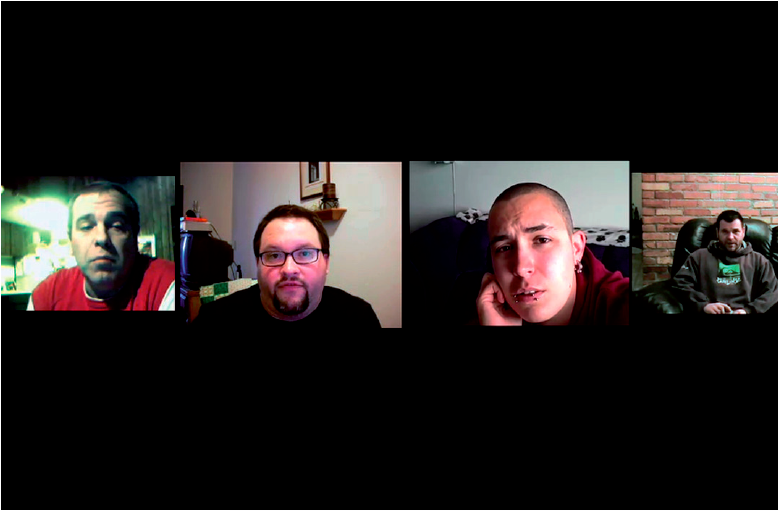 (Heerlen / Dr. Poelstraat 8)
Natalie Bookchin (1962) is mostly inspired by American video diaries from the Internet. In the enormous body of material, she looked for topics such as isolation, mass connectivity and labour relations. By bringing these ‘diary volumes’ together, giving a specific order to the fragments and placing them in a different context, Bookchin presents the viewer with a compelling mix of intimacy and anonymity, connection and isolation. The triptych Testament is a powerful example of a contemporary visual archive in which individuals react to one another, contradict each other, or seemingly repeat one another. Paraphrasing Babel shows: My Meds and Laid Off.
In Laid Off, Bookchin focuses on people that lost their jobs during the current crisis in the U.S. Watching dozens of these videos, Bookchin came to recognise patterns that resemble the stages of mourning: anger, disbelief, and finally acceptance. These stages can be clearly recognised in the final cut. Through her intervention, something new has emerged from the cacophony on the Internet and the scattered monologues take on a human feel again. Individual voices simultaneously take a collective distance from estrangement and isolation.
The piece My Meds can be seen in Maastricht, Maasboulevard 5.