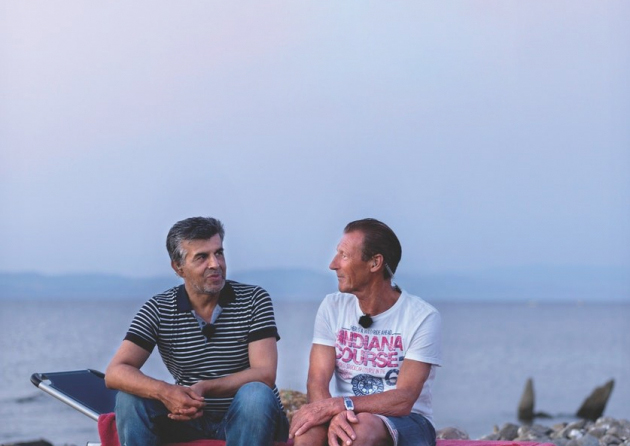 Every year, many groups of people travel to the Greek island of Lesbos. Some, of their own volition, travel there by aeroplane for the sun, sea and beautiful nature. Others, out of necessity, arrive in dinghies in the middle of the night, seeking refuge in the European Union. Marieke van der Velden and Philip Brink made this documentary in 2015 when Lesbos became a destination for many asylum seekers. They invited both groups, the unsuspecting Western tourists and the Afghan and Syrian refugees, for face-to-face meetings.

Using question cards, nine pairs talk about the beauty of their country, the wisdom they want to share (‘be good’) and their different dreams and ambitions. And, of course, about the war that changed everything. The result is a moving depiction of what happens when we take the time to talk to one another instead of about each other.

It is not only language barriers that disappear – thanks to the ‘ear’ that directly translates Arabic, German or English – the asymmetric view of refugees and Westerners melts away like snow in the sun.