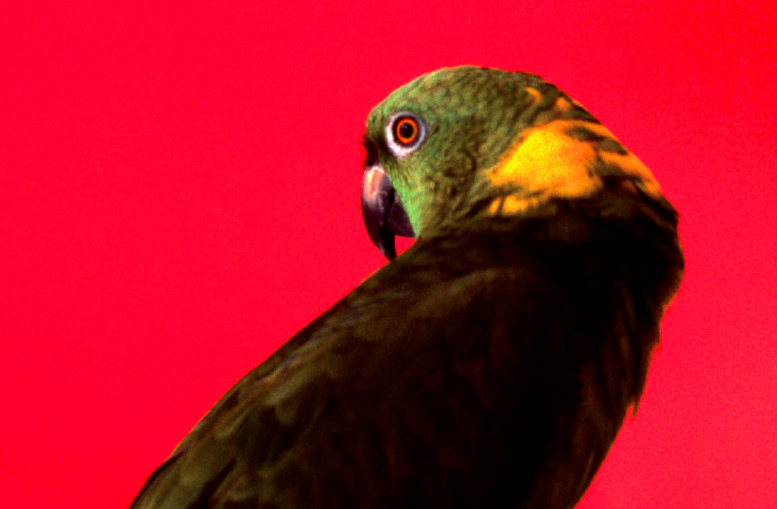 (Heerlen, Promenade, onder de bomen)
The oeuvre of Louise Lawler (1947) is very diverse. In various ways, Lawler continuously questions the place, value, meaning, and the use of art. She addresses the artist, curator, photographer, gallery owner, graphic designer, critic, publisher, and the audience. An overarching theme is her resistance towards – and critique of – the glorification of the artist in art discourse. The 20 to 30-year-old sound artwork Birdcalls also refers to certain characteristic elements of the art world and society in general. In Birdcalls, names of famous male artists resound as a bird’s mating call. Rather than a hymn, the impressive list with names that include Joseph Beuys, John Baldessari, Ed Ruscha, and Andy Warhol, is a mockery of the recognition that mostly male artists were given at the time when Lawler produced her piece. The piece, shown in public space, not only has a strong poetic component, it also remains a forever-pertinent pamphlet against male dominance in contemporary culture.