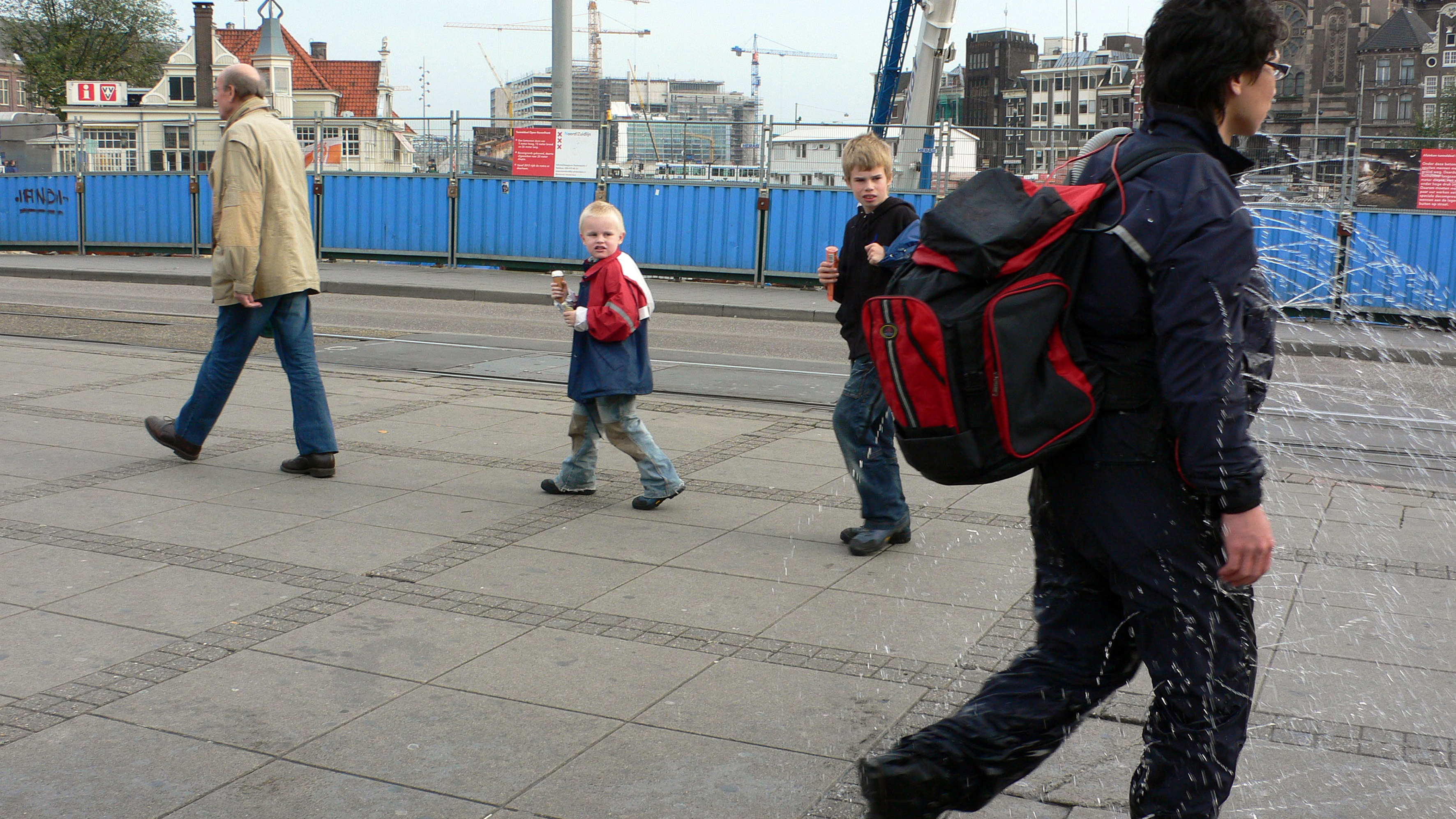 Invisible City: Sea-level Leaker was made in the Netherlands. The video is part of an ongoing project of ‘actions’ made in Taipei, London, Liverpool and Amsterdam. Despite its poetic and humorous qualities, the ‘Invisible City’ series also contains a social message.

During the performance, the artist wrong-foots both the video’s viewer and the people on the street. He changes the public space using a disruptive game element or through an action with an invisible portable machine in a backpack and under his coat.

In Sea-level Leaker, the artist tries to expose an invisible reality that controls our daily lives. He wears a leaking suit and walks through Amsterdam and elsewhere below sea level in the Netherlands. Though absurd, these actions also convey a degree of accuracy. The water wants to occupy this space. Tsui’s action video momentarily changes this public space.