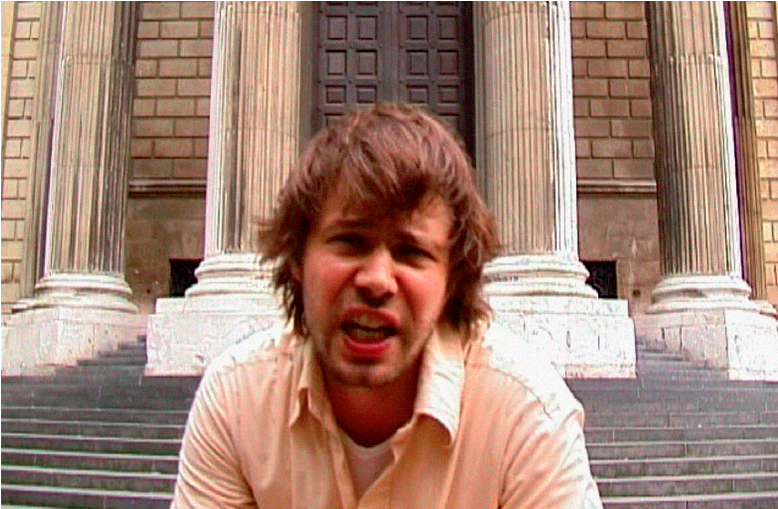 (Heerlen / Geleenstraat 4)
Led Zeppelin’s Stairway to Heaven (1971) is often named the best, or at least the most successful, rock song ever. Some also claim that there are secret messages hidden in the song. By playing certain parts backwards, also called backward masking, there are audible references to praising Satan. The myth surrounding backward masking, and the mass hysteria that resulted, intrigued Jeroen Offerman (1973). In his version of Stairway to Heaven, he takes this theme further by memorizing the entire number backwards, including the accompanying rock movements. Like a famous rock star, Offerman ‘sang’ his abstractsounding song at festivals and pop concerts. The performance is also recorded on film, significantly in front of the stairs to the famous and popular St. Paul’s Cathedral in London. In the video The Stairway at St. Paul’s, the live recording is played backwards yet again, so that the rock song sounds ‘normal’ again. The unintelligible rock song turns into something that resembles music, due to the double rotation of the lyrics and (body) language. The singer’s voice and facial expressions appear very unnatural, and the passers-by in the background intensify this feeling. The intro and the end of the recording reveal part of the magic.