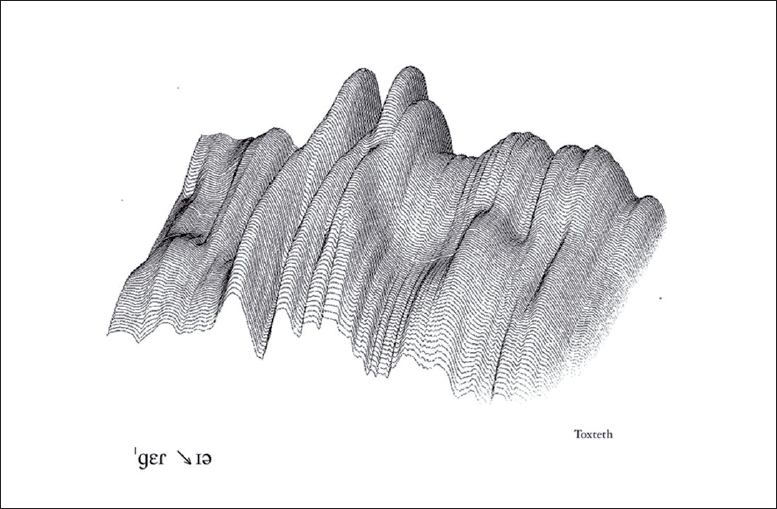 (Maastricht / Biesenwal 3, Landbouwbelang)
The sound work Get Here by British artist Imogen Stidworthy (1963) questions relationships between place, language and identity. Stidworthy recorded the voices of nineteen local Liverpool residents, Somali refugees recently arrived in the city, and young actors training to master an ‘authentic’ Scouse (the Liverpool accent). They speak the uniquely Scouse phrase ‘Get here!’, which is often heard on the streets, generally from mothers calling their children. The diversity of voices and intonations transforms the meanings of the words, and the relationship between speakers and listener. From being a simple, unmistakable indication, the expression ‘Get here!’ becomes a manifold, even contradictory and elusive concept. For this exhibition, the characteristic dialect has been ‘taken from the streets’ and placed in the great hall of the Agriculture Association. This setting gives the installation an indefinable feeling: the size of the hall resembles a large square, but the strong echoes confirm that it is a confined space.