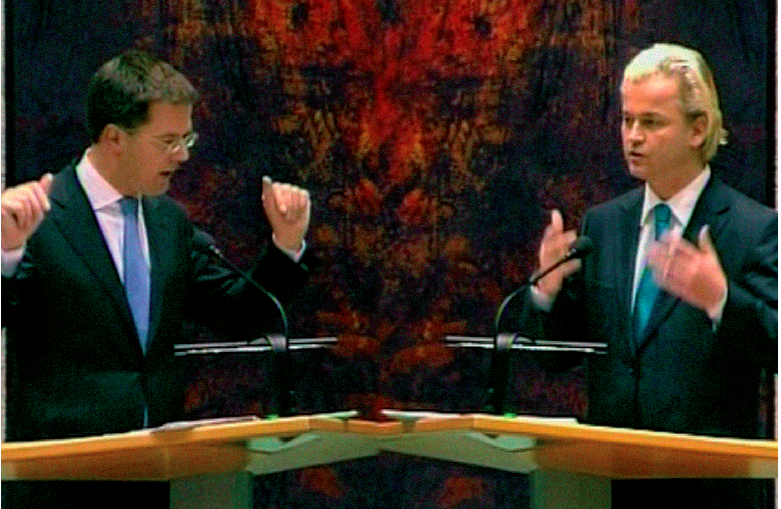 (Maastricht / Boschstraat 26)
Pas de deux is a choreography with two Dutch right-wing politicians, or rather, it is a choreography of their hands. In his characteristic style, eddie d (1963) manipulates images that people have often seen on TV, in the same composition or in comparable ones. Rutte and Wilders are debating about dual nationality, in which the two fight for the sympathy of the voters. The video piece Pas de deux is a critical and comical translation in which the duel becomes a duet. eddie d’s editing uproots the dialogue into a stuttering and stammering, supported by a dance of the hands that fruitlessly try to breathe life into the meaningless words. eddie d makes this spectacle into a banal scene in which words, sounds and gestures take on a life of their own.