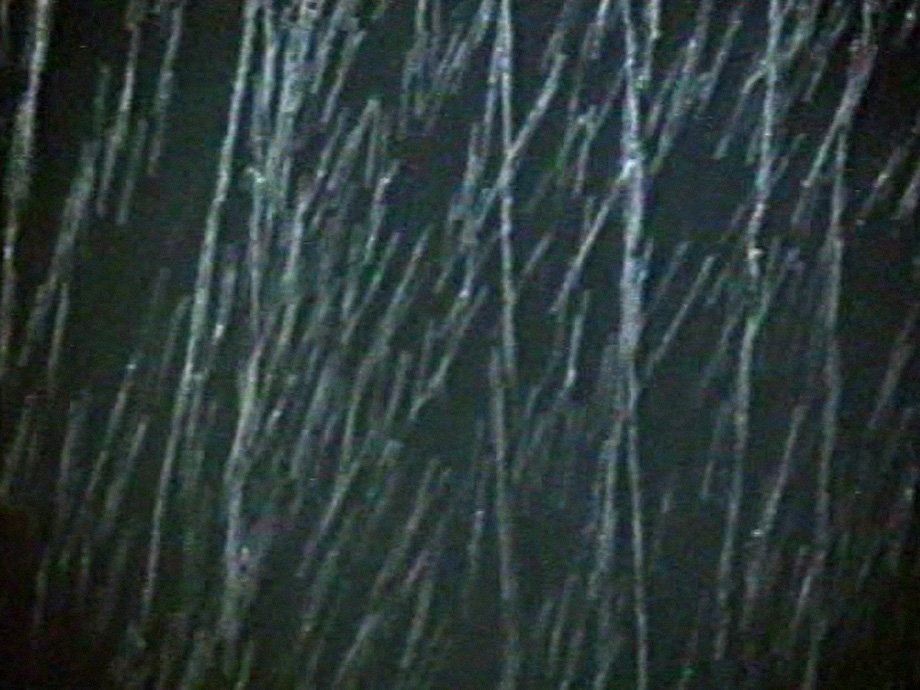 (Rotterdam / Wilhelminakade 701)
Christine Koenigs (1952, the Netherlands) belongs to the first draft of video artists in the Netherlands. She left her mark on the conceptual art of the 1960s and 70s. Rain is the work in Out There that dates furthest back and it is not a landscape work in the traditional sense. Yest, it is very relevant for the show. It has a temporary feel to it since it has moved beyond the stereotypical landscape images that displaying a horizon. Contemporary works focus on details in the landscape, see for instance Pantone 532 by Stephan Keppel (No. 3) or the works How to Draw Clouds by Salise Hughes and Semiconductor by Heliocentric shown in Out There #1 that prominently feature a cloud and the sun. Rain perfectly fits into the public space of the Wilhelmina pier, not because it visualizes a landscape but because the 35 mm film makes the landscape palpable. It is an ode to the splendor of a rain shower (witnessed from behind a window or covered by a lean-to). Accompanied by a soundtrack made by wind and rain, the rhythmic falling of the raindrops turns into an abstract line pattern, a downpour that block all sight of the outdoors until the sky clears again.