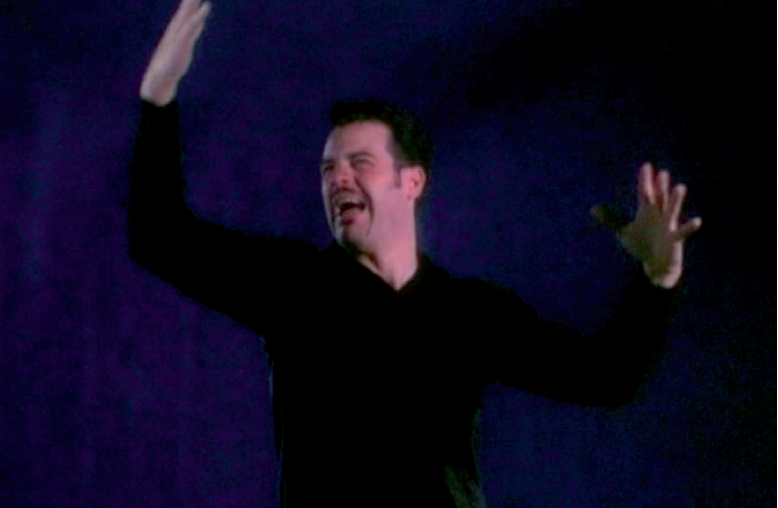 (Heerlen / Klompstraat 1-7)
Christian Marclay (1955) mixes sound, instruments, recordings and images. Marclay was one of the first turntablists who experimented with manual manipulation of record players, which later became common among hip-hop DJ’s. He creates endless variations within his musical themes, he changes instruments – from an accordion to a drum kit –, or repeatedly places fragments of album covers in new and sometimes surrealistic compositions. In the piece Mixed Reviews, he mostly plays with rhythm and sign language. In smooth arm and hand movements (supported and emphasised by dramatic facial expressions), the deaf performer Jonathan Kovacs performs a number of fragments from music critiques. It is a translation that is legible for those who master sign language, but also a language that is mostly ‘spoken’ by the deaf, who cannot hear the music. The piece convincingly shows that translations can create new forms of art. Although silent, the performance is extremely musical and as such demonstrates that sign language also has musical, aesthetic and poetic qualities.