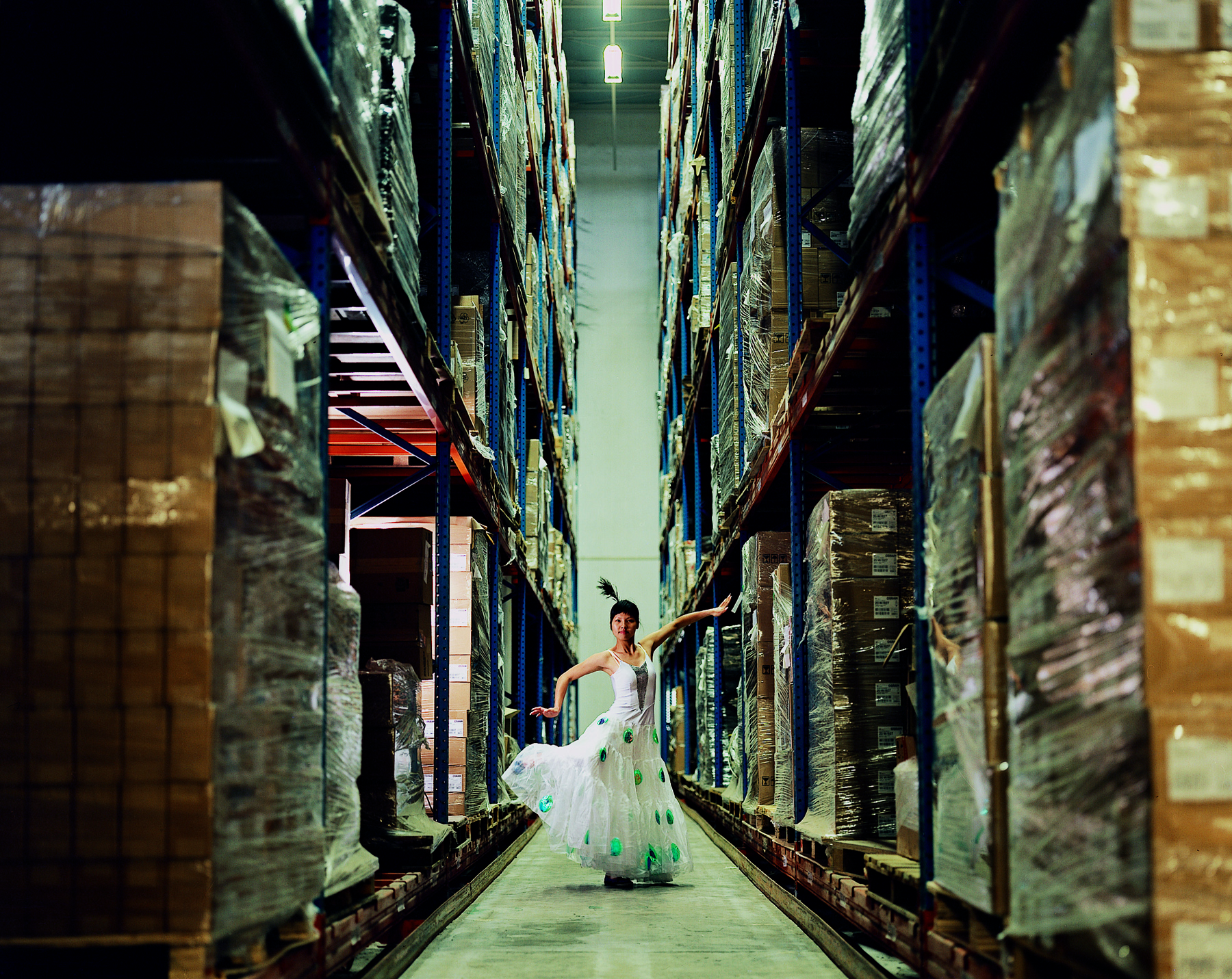 (Maastricht / Brusselsestraat 103)
Cao Fei (China, 1978) realised Whose Utopia (2006) in accordance with the Siemens Art Programme. In order to create this work, she stayed for six months in the OSRAM China Lighting Ltd. factory in the Chinese city of Foshan. The success of this factory has an enormous impact on the surrounding Pearl River Delta region and exercises a huge attraction on the youths in the region. They come from all over China in the hope of finding a position with the factory and a better future. Whose Utopia consists of three chapters. Part 1 shows fragments of the production process. Part 2 focuses on the poetic dreams and fantasies of the factory workers against the backdrop of the harsh reality of their working environment. The contrast is massive. The images of factory workers who dance and make music tell not only the story of talent that has no chance of being pursued, but also depict the disrupted society of contemporary China. Part 3 centres on the individual worker in a series of portraits.