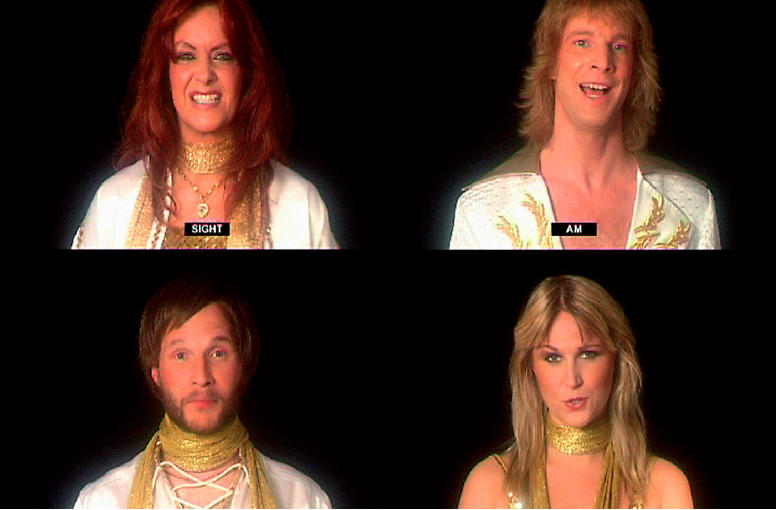 (Maastricht / Boschstraat 9, Timmerfabriek)
Candice Breitz (1972) is best known for multi-channel installations that explore and deconstruct the influence of popular culture on contemporary consciousness. In her four-channel A-B-B-A, we are confronted by larger-than-life portraits of four individuals who have collectively made a career out of appearing and performing as an ABBA tribute band. Four of ABBA’s most loved hits from the eighties are broken down into syllables and chanted by the ABBA lookalike band, stripped of their musical accompaniment and infectious pop delivery. All four band members communicate simultaneously with the audience, creating a confusing confluence of floating sounds. The viewer is confronted by a four-part canon that lacks the harmonic and catchy vocals usually associated with ABBA. The four ‘singers’ communicate in staccato fragments that are only gradually revealed to be components of several well-known songs. Another installation by Candice Breitz, Double Annie (Thorn In My Side), is also included in Paraphrasing Babel, Heerlen, Poelstraat 8.