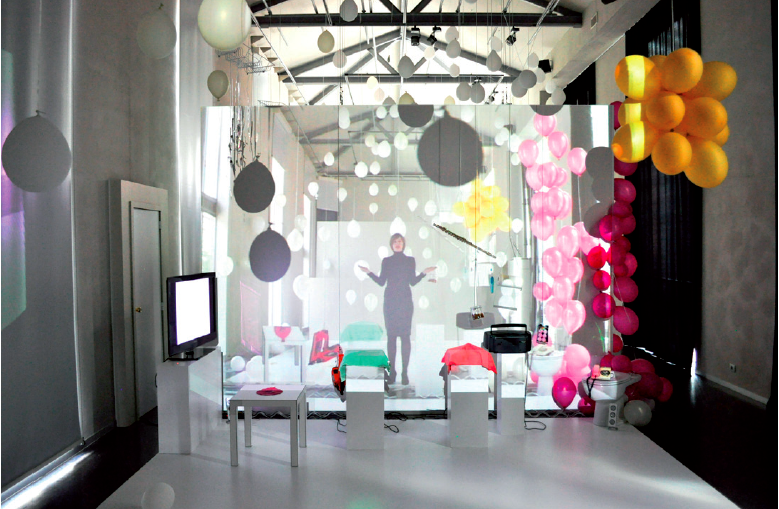 (Heerlen / Dr. Poelstraat 29)
In Adam Leech’s (1973) latest two-part video installation Introduction to Neuropsychology, two ‘thought directors’ take the onlooker into the mysterious world of the anatomy of the brain, affective neuroscience and memory. The ‘directors’ not only use their arms to do so, but also scientific language that creates confusion rather than clarity. The narrators have a recurring memory of a woman or man who walks out of the room and slams the door behind them. The recurring memory activates different neurological and physiological processes in the body that rouse a number of emotions such as sadness, happiness, etc. Attributes and sounds in the room of the narrators activate and represent different parts of the brain. Introduction to Neuropsychology literally plays a double role in the exhibition Paraphrasing Babel, so that the onlooker or passer-by is also confronted with his or her memory of language and images on another level. According to Leech, affective neuroscience and philosophy of the brain have made immense progress in understanding emotions and consciousness. These scientific areas lack accessible and appealing methods to show their ideas to a wider audience. This piece by Leech is a first step. Another piece by Leech, Speech Bubble is also included in Paraphrasing Babel, Bassin 116.